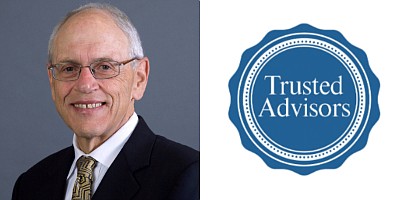 Many biotechs are at too early a stage in development to give higher-end investors confidence, or they are too small in market cap for institutional investors to be willing to take positions. These companies should consider the following to obtain capital in the current landscape.

Many biotech companies believe that entering the public market is the ultimate endgame both in terms of raising capital and maintaining the capital to remain operational. To circumvent some of the difficulty of going through the traditional IPO process, some private companies pursue a reverse merger into a publicly traded shell to gain access into the public market.

The increase in other sectors using this methodology has increased and intensified the competition for obtaining available publicly traded shells. Additionally, there are myriad challenges associated with a reverse merger into a public shell, not the least of which is finding a shell that doesn’t possess a toxic balance sheet, or have other problems associated with it.

Early stage companies looking for additional capital may want to first consult with those resources that they already have, including CPAs, attorneys, and communications firms (PR/IR). Their professional advisors may be able to make introductions to specific networks that could help identify the source of the company’s next capital infusion.

Hiring investment banking firms may also help access new networks. While this is often the core of deal-making in the public markets, smaller companies are frequently only able to raise incremental capital, and then return to those banking firms (or their competitors) within a relatively short time frame to recapitalize. Liquidity in the stock is also often a barrier to raising sufficient capital to reach beyond the next milestone.

Early stage biotech companies are increasingly tapping into funding provided by Family Offices. Over the past several years, Family Office conferences have featured biotech showcases where companies can pitch to an audience looking for investment opportunities. Others solicit Family Offices directly.

Governmental agencies provide significant support for biotech, and in exchange, the biotech sector has been a driver of scientific research for national organizations like the National Institutes of Health (NIH). Early stage companies should consider devoting some time to grant writing to see if they qualify for these “non-diluter” options for funding from the NIH, disease state foundations, local governments, and the U.S. Army.

Pharmaceutical companies are regularly under pressure to expand their funding pipelines. While 2018 saw larger scale mergers between Big Biotech and Big Pharma, smaller companies may consider licensing their drug to Big Pharma in exchange for capital. Trends indicate that Big Pharma may be motivated to engage in smaller transactions and licensing opportunities at earlier stages.

Biotech companies regularly look to foreign markets for new opportunities. Countries such as Ireland and Australia have tax benefits available for maintaining offices there. Additionally, there is an increasing appetite from investors in foreign markets, such as China to become involved in U.S.-based biotech. Some companies are trading the rights to their product in the Chinese marketplace in exchange for capital.

Biotech CEOs will need to pursue multiple channels for capital to grow. The key is to be both flexible and creative with the types of investors and the investment arrangements considered. An experienced advisor who understands the biotech sector, the current climate, and the options available can help companies navigate these capital complexities.

David Diamond is the national Life Sciences Practice Leader for CBIZ and MHM. He can be reached at davidd@cbiz.com.