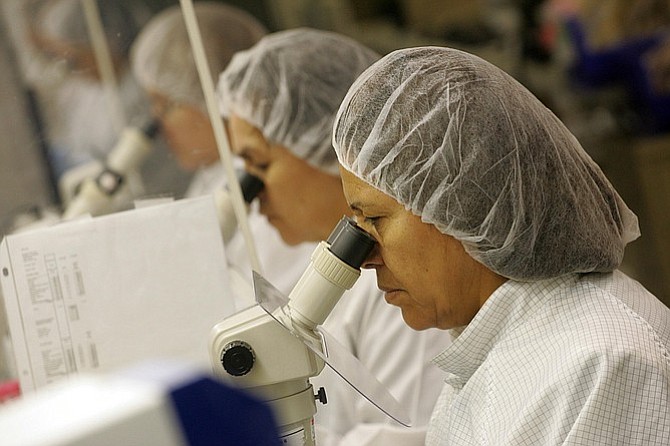 Staar Surgical Co., a publicly traded pioneer of implantable contact lenses, has moved from its long-time headquarters in Monrovia to Orange County.

The California Secretary of State’s Office and the U.S. Securities and Exchange Commission still lists Staar Surgical as being based in Monrovia, as does the company website. But Brian Moore, a spokesman for the company, confirmed that Staar has moved its corporate office to Lake Forest. The company is doubling its manufacturing capacity at its Monrovia plant, which will still house some company executives, Moore added.

“Monrovia is still a very important facility,” he said. “But for recruiting ophthalmologists, Orange County is more important than Los Angeles.”

In a Feb. 22 conference call with investors, Chief Executive Caren Mason said the company had begun moving its executive and corporate offices into a newly renovated Lake Forest facility.

Staar Surgical manufactures intraocular lenses used to correct cataracts, myopia and other eye conditions. Its products are sold in more than 75 countries. As of December, it had 475 full-time employees at manufacturing plants in Monrovia and Aliso Viejo.