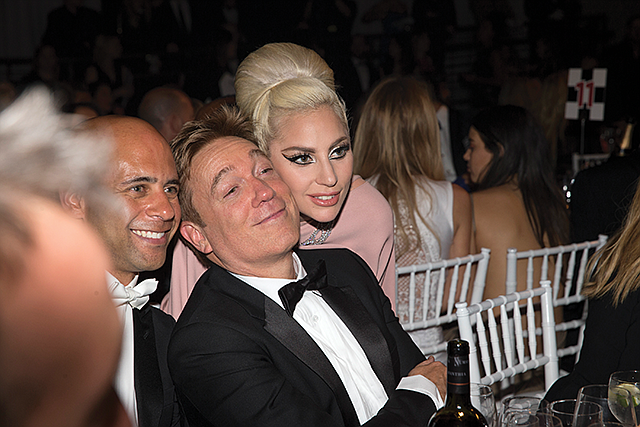 In 2010 TPG Capital was licking its wounds from the Great Recession. Among other troubles, the Fort Worth, Texas-based financier had led a $7 billion investment in Washington Mutual in 2008 only to see the bank falter and face a federal government takeover.

TPG responded by investing in new areas including software, media publishing and a talent agency — pouring $165 million into Century City-based Creative Artists Agency in exchange for a 35 percent company stake.

The influence of those investors pressuring agencies to turn a profit is now playing a central role in a contract showdown between talent agents and screenwriters. And it’s evident, too, in CAA rival Endeavor’s reported plans to go public by the end of 2019.

It might seem puzzling that private equity financiers with international portfolios would invest so heavily in talent agencies, given the ambiguity of the industry’s storied cocktail napkin deals and unpredictable celebrity behavior. TPG and Menlo Park-headquartered Silver Lake, which took a large stake in Endeavor, declined to comment on their reasoning.

Entertainment industry experts say private equity firms identified a way to cash in on the broad changes digital streaming has triggered in film and television production and distribution.

“There are three main components to the entertainment business — talent, production and distribution,” said David Chidekel, an attorney who negotiates entertainment deals at Early Sullivan Wright Gizer & McRae. “By investing in agencies, private equity got a direct pipeline into talent,” he said, facilitating CAA’s and Endeavor’s entry into producing content with writers, directors and actors who were already clients of the firm.

For decades talent agencies operated similarly to law firms. Partners would split revenues, which came in the form of commissions or fees collected from their representation of actors, directors and writers.

But that model has been upended with the investment from outside private equity firms diluting partners’ stakes and pushing for higher profit margins.

TPG now owns 53 percent of CAA after it invested another $175 million in the company in 2014. Along with the money, it also encouraged the agency to diversify its business model, including producing content with agency affiliates.

UTA has also taken outside money, with Bahrain-headquartered Investcorp and Ottawa, Ontario-based PSP Investments now owning 40 percent of the firm.

Silver Lake has made the biggest private equity investment in talent agencies, directing at least $700 million total into Beverly Hills’ Endeavor, which then started its own content production arm and made several acquisitions including New York City-headquartered sports talent management company IMG Worldwide Inc. in 2013. Mark Shapiro, a former IMG executive who also did stints at Dick Clark Productions Inc. and Walt Disney Co. subsidiary ESPN, was named as president of the company in December.

The Wall Street Journal reported March 29 that the highly diversified Endeavor wants to go public by the end of this year, according to an anonymous source.

If the public offering comes to fruition, Silver Lake’s investment could lead to a big exit for the private equity firm.

Endeavor declined to comment on its plans for a public offering.

Investing in agencies can yield “low-hanging fruit,” said Lloyd Greif, founder and chief executive of downtown investment bank Greif & Co., because of the direct access to high-value talent. Instead of just getting a commission or fee from artists they represent, agencies can tap their client rosters to either make their own content or negotiate package deals with a financier that include several artists at once.

As digital platforms have weakened deal terms previously dictated by movie studios and television networks, the potential for these kinds of deals have grown.

And private equity firms know it. In a 2013 statement Egon Durban, managing partner of Silver Lake, said Endeavor is “transforming into an integrated player across the new media landscape.”

None of Los Angeles’ private equity firms have invested in talent agencies.

Beverly Hills-headquartered Platinum Equity was widely reported to be a possible investor in CAA, but the firm — which has other entertainment holdings — told the Business Journal it holds no stakes in talent agencies.

“The private equity firms in Los Angeles have seen the talent agencies as more strictly a service business,” Chidekel said, and not potential multipurpose entertainment companies.

And while the big three agencies have allowed major private interests to take large stakes in their business, smaller talent agencies don’t appear to be following the trend.

Chidekel says the talent agency business may have reached peak private equity investment. For the big three, there’s not much more to dole out. And for smaller agencies, such as Agency for the Performing Arts Inc. and Gersh Agency, investors wouldn’t likely see sufficient returns unless they were rolled up.

Meanwhile the Writers Guild of America West’s dispute with the Association of Talent Agents could have lingering effects. The two sides are negotiating a pact governing the relationship between writers and agents, and writers are calling for talent agencies to stop content production. The current agreement expired April 6, and as of press time a new agreement had not been reached.