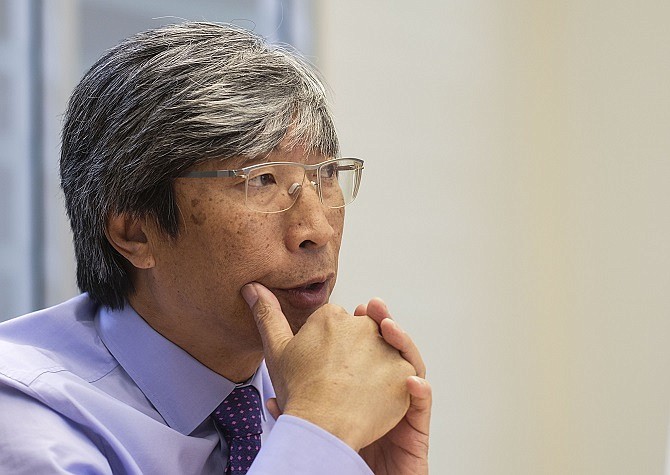 A San Diego biotech firm alleged Patrick Soon-Shiong and his NantCell Inc. company implemented a “catch and kill” scheme to stymie a new cancer drug that could hurt sales of a rival blockbuster drug invented by the Los Angeles billionaire, according to a lawsuit filed April 3.

The breach-of-contract suit seeks more than $90 million in damages. Sorrento filed a related arbitration demand with the Securities and Exchange Commission seeking more than $1 billion in damages for fraud and breach of contract.

Soon-Shiong and another of his companies, NantPharma, purchased the rights to its cancer drug Cynviloq for up to $1.3 billion in 2015. Sorrento alleges in the suit that the drug’s development was then stopped because it could have dampened sales of Abraxane, a drug Soon-Shiong invented.

Soon-Shiong sold Abraxane to Celgene Corp., another company that Soon-Shiong reportedly has a significant stake in. Celgene has also invested in NantCell.

Soon-Shiong said in a statement the lawsuit was without merit, that it ignored the facts about Cynviloq’s development, and that he would defend against the allegations vigorously in court.