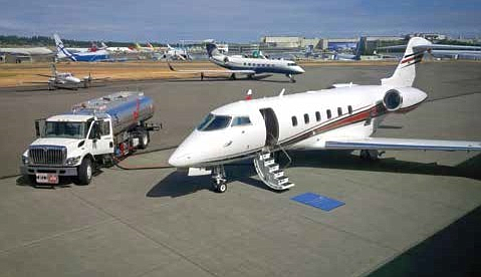 The National Business Aviation Association (NBAA) last month joined a broad coalition of aviation groups in calling on the U.S. Senate to expedite legislation that would provide a long-term reauthorization for the Federal Aviation Administration (FAA). The agency’s current reauthorization extension expires on Sept. 30.

“It is essential that the FAA be provided with long-term authorization for its activities in order to maintain and advance the safest, most efficient aerospace system in the world,” the aviation groups wrote in a letter to Senate leaders Mitch McConnell (R-KY) and Charles Schumer (D-NY). “The FAA’s success and that of the aviation system will be significantly enhanced by progress and passage of a long-term reauthorization bill.”

In its letter to the Senate leaders, the aviation coalition noted that the U.S. House of Representatives passed a five-year FAA reauthorization bill last April. In the Senate, thanks to the efforts of Commerce Committee Chairman John Thune (R-SD) and Ranking Member Bill Nelson (D-FL), a bill has already advanced out of the committee.

“Prompt consideration by the Senate will enable discussions with the House to resolve any outstanding differences between the two bills, prior to the expiration of authority on Sept. 30,” wrote the aviation groups.

“Long-term reauthorization legislation for the FAA is critical for the good of the entire aviation industry and workforce,” said Christa Lucas, NBAA vice president, government affairs. “Business aviation alone contributes $219 billion to the U.S. economic output and employs more than 1.1 million people nationwide, while providing essential air transportation to communities and citizens all across the country.”

The coalition letter said that long-term reauthorization “will allow employers, customers and communities to continue to build, invest, hire, innovate and grow in this dynamic industry. The FAA is foundational to the incredible safety record of aviation in the United States; makes critical airport and air traffic investments in communities across this country; and enables innovation and the integration of new technology into the aviation system.”

Founded in 1947 and based in Washington, DC, the National Business Aviation Association (NBAA) is the leading organization for companies that rely on general aviation aircraft to help make their businesses more efficient, productive and successful. The association represents more than 11,000 companies and provides more than 100 products and services to the business aviation community, including the NBAA Business Aviation Convention & Exhibition, the world’s largest civil aviation trade show.

Learn more about NBAA at nbaa.org.