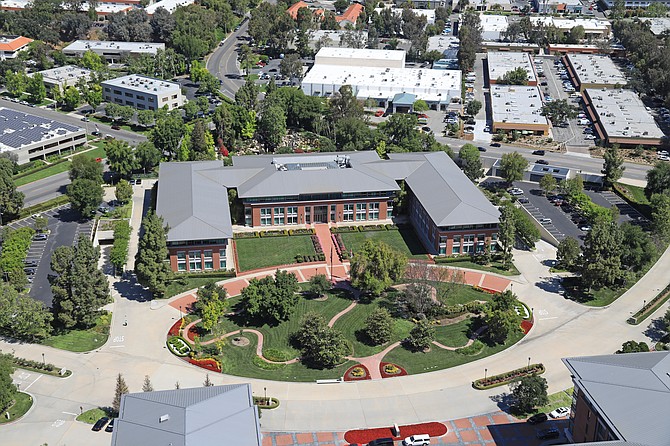 One Dole Drive in Westlake Village.

The headquarters of Dole Food Co. in Westlake Village has sold to the Conrad N. Hilton Foundation for $50 million, according to brokerage CBRE Group Inc.

The 168,000-square-foot corporate campus is located at One Dole Drive and occupies more than 10 acres.

Dole will lease back a portion of the building. The Hilton Foundation was a tenant at the property prior to the sale, and plans to designate it as its headquarters.

Last year Dole considered trading its headquarters in a 1031 exchange for Dole Plantation in Hawaii. The income-generating plantation is a tourist attraction owned by Castle & Cook, a company controlled by David Murdock, who at the time was the largest shareholder in Dole.

Earlier this year, Murdock sold a 45 percent stake in Dole to Total Produce plc in Ireland for $300 million.

“One Dole Drive is a truly unique property,” Longo said in a statement. “There is nothing like it in the entire market. … It’s exciting to see that this property will be handed off to such a distinguished family with an exceptional philanthropic mission.