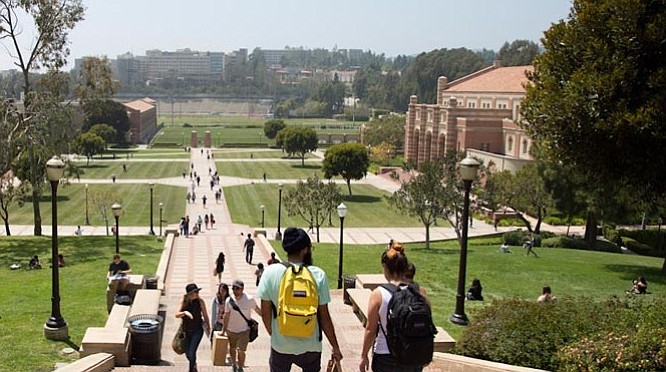 UCLA is the top public university in the country and tied for 19th overall among national universities, according to the U.S. News and World Report’s latest annual ranking of undergraduate programs released Sept. 10.

UCLA beat out UC Berkeley, which slipped from first to second among public universities in the last year.

Other Los Angeles County schools on the list of top 60 universities included California Institute of Technology, which tied for 12th, USC – tied for 22nd, and Pepperdine University at No. 46.

Liberal arts colleges were ranked separately and included several schools in Claremont: Pomona College at No. 5, Claremont McKenna at No. 9, Harvey Mudd College at No. 18, Scripps at No. 30, and Pitzer at No. 41. Occidental College, in Los Angele’s Eagle Rock neighborhood, also made the list, at No. 39.

USC was the only Southern California school that made the magazine’s top 10 list of undergraduate business programs. USC was ranked No. 10, while UC Berkeley tied with Massachusetts Institute of Technology at No. 2.

The U.S. News list ranks the top 60 universities and liberal arts school in the nation and assigns the rest to tiers. The list is in its 36th year and has become a central part of Washington, D.C.-based U.S. News’ business model.

The list is based on mostly self-reported data from schools that focuses on measures such as faculty resources, graduation and retention rates, and alumni giving. US News has tended to announce tweaks to their methodology each year – for example, this year the ranking system eliminated acceptance rate as a factor.