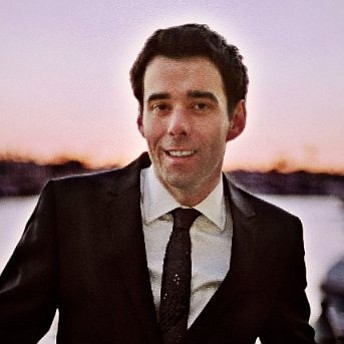 It appears embattled LA Weekly publisher and part-owner Brian Calle has set his sights on creating a new publication – the Irvine Weekly.

Calle is the sole “manager or member” listed in a July 25 registration with the California Secretary of State of a limited liability corporation called the Irvine Weekly, which is listed as a media company in the filing.

Calle did not respond to specific questions about the new media enterprise, but said in a Sept. 7 email to the Business Journal that the Irvine Weekly would operate under the same umbrella as the LA Weekly.

“The parent company of LA Weekly is the sole owner of Irvine Weekly,” Calle’s email said. “And I’m the sole operating manager.”

The LA Weekly’s parent company is Street Media, doing business as Semanal Media, which is owned by a group of mostly Orange County-based investors.

Calle has been largely mum since a lawsuit filed Aug. 27 against him and other Weekly investors by co-investor David Welch, a lawyer with close ties to the cannabis industry.

According to the lawsuit, Calle and two other LA Weekly co-owners, Orange County-based lawyers Wayne Gross and Steve Mehr, “devoted time that should have been spent working to undo the damage they inflicted on the LA Weekly to a separate publication, tentatively titled the Irvine Weekly, that would outwardly be similar to the LA Weekly, but focused more on the Orange County market.”

The lawsuit was the latest blow to the LA Weekly, which has faced an ongoing boycott movement since Calle took over the paper last November and summarily let go 9 of 13 staff members.

The Weekly cancelled several events that were a fundamental pillar of its business plan in previous years, and has published a newspaper continually smaller in editorial content and advertising.

The Irvine Weekly would be a return to Orange County media for Calle, who was previously editorial page editor of the Orange County Register.

According to the filing with the California Secretary of State’s office, the Irvine Weekly would be set up at 17872 Mitchell North in Irvine.

Besides Calle, the only individual listed on the registration documents and a prior Irvine Weekly article of organization is Alina Malakian, a recent law school graduate, admitted to practice law in California in June.

Reached by the Business Journal, Malakian said her only relationship with Irvine Weekly was to file paperwork with the state.