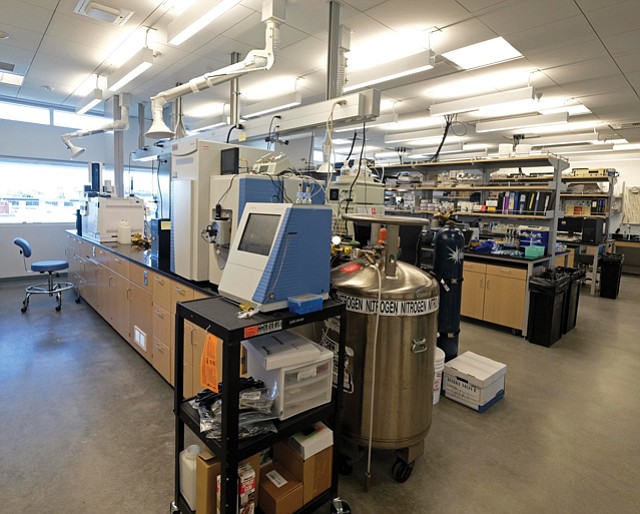 A new agency that would serve as a development hub for startup drug, diagnostic, digital health and medical device companies is being billed as a “life sciences innovation catalyst for Los Angeles County.”

The not-for-profit Bioscience Los Angeles County – also referred to as BioLA – is expected to be announced this month by Los Angeles County Supervisor Mark Ridley-Thomas, with financial backing from the county and 11 bioscience firms or stakeholders.

The name of one of the founding sponsors for Bioscience Los Angeles County is expected to be announced by Ridley-Thomas at a Bioscience LA Summit on Sept. 20 hosted by the county at Loyola Marymount University.

“Los Angeles is home to cutting edge research from our world-renowned universities,” Ridley-Thomas said in a statement. “But historically, much of our commercial potential migrates to other more recognized life science hubs.”

Proponents say the new public-private agency will help put a national spotlight on the industry to attract investment.

The plan is to turn the tables on the trend and put L.A. on par with Boston, the Bay Area and San Diego in perception and practice.

Plans call for the county and founding sponsors to kick in $750,000 each over three years.

The $3 million a year in fees paid by the backers – who will make up the organization’s governing board – would go in part to developing a website for L.A. bioscience news and data, with information on financing, technology transfer, marketing and resources for startup companies.

The agency’s formation is led by Douglas Baron, the newly named director of biosciences for the county’s chief executive office, in conjunction with Avivar Capital of Hollywood, an investment advisory firm also assisting with the development of an independent bioscience equity fund.

Requests for proposals will soon go out for a manager for the Bioscience Investment Fund, which hopes to raise as $40 million to $60 million for seed investments in startups. An initial $15 million will come in the form of a loan from the county, with hopes of drawing the balance of funding from private investors.

The development of BioLA tracks back to 2015, when county officials began to seek ways to stimulate job growth in the local life sciences industry, valued at about $40 billion, according to Biocom LA, one of three bioscience trade groups in Los Angeles. Life sciences were the only economic sector to add jobs during the recession, according to the county. Other efforts to boost the industry in recent years have included $6 million in county funding for bioscience incubators in El Sereno and Torrance, and a newly signed agreement to develop a 15-acre biotech park on the Harbor-UCLA Medical Center campus.

Plans also call for the organization to help foster an infrastructure of bioscience clusters, parks and laboratories, while supporting science education, professional internships, equity funds, and the growth and retention of local startup firms.

“…We have all the building blocks for a thriving, growing, world-class life science hub,” said Dina Lozofsky, executive director of Biocom L.A. “But we need a concerted effort to convene everyone to push it to the next level. To me, it comes back to having the U.S., and the world, know that we’re as strong as we are.”

A model for the new Los Angeles-based agency is the Massachusetts Life Sciences Center, a quasi-public agency founded by that state to boost its life sciences sector.

The Boston-area center has strategically funneled more than $700 million into the state’s biosciences through a combination of grants, loans, capital infrastructure investments, tax incentives and workforce programs over the past 10 years.

The Massachusetts center has served as a booster to propel the development of new drugs, medical devices and science.

The results, according to a new study, include tens of thousands of new jobs, 3,200 internships at life science companies and a return of $1.67 to the local economy for each dollar invested.

“What it’s done is taken an already robust life science ecosystem in Massachusetts and enhance it even further,” said Ryan Helwig, a principle at TEConomy Partners, an Ohio-based research firm that conducted the study in Massachusetts as well as a recent study and the Los Angeles bioscience industry for Southern California Biomedical Council, another local trade group for life sciences.

“There’s a lot going on in the life sciences in Los Angeles,” Helwig added. “I’m always amazed it’s not more on the national radar.”

Critics of the new public-private agency here say it will just add another bureaucratic layer to the advocacy of local trade groups, universities and research hospitals.

Some also expressed concern that its governing board might overlook top talent and enlist only companies that can afford to “pay to play.” And, they say, Los Angeles won’t have the same scale of financial backing for bioscience as Massachusetts.

“I don’t like the idea of pay to play,” Enany, chief executive of SoCalBio, which will not be among the founding sponsors of BioLA. “It’ll add another bureaucratic layer, another organization starving for operational funding, starving for air.

“And that creates unnecessary noise, and competition, for organizations like ours.”