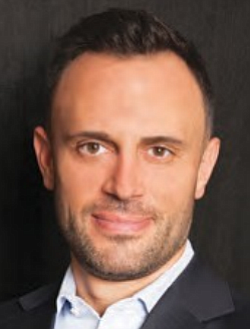 In just a short period of time, Marc Noah has found success in real estate by remaining true to his integrity. He’s known among clients and colleagues alike for his professionalism, sincerity and dedication to delivering a superior level of customer service. Noah’s accomplishments have pushed him to become a top ranking agent within our rankings, climbing year-over-year. Noah’s total transaction volume in past 12 months was approximately $102.58 million, with some the highlights being his largest deals – a $20 million deal, a $16 million deal and quite a few other deals of more than $10 million, including many off-market.