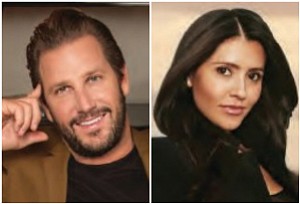 A record breaking team year after year, Branden and Rayni Williams hold over $4 billion in career sales. The dynamic duo hold the record for the most expensive house ever sold in Los Angeles (for $110 million). They hold the highest priced sales in Bel-Air, Beverly Hills, Malibu, the Sunset Strip and Los Feliz. They also actively list two of the most notable estates in the nation, each over $180 million. Possessing the unlearnable skill of being an LA native, Branden has the explicit knowledge and street smarts to connect dots and close the uncloseable, often putting deals together before they hit the market. His partner Rayni has the finesse and grace that complete the ultimate yin and yang powerhouse. Her expertise in negotiation and telling it like it is has made her one of the most influential female businesswomen in the nation. Together, the duo bring a style, flair, and, most importantly, an air of humility rarely seen in real estate.