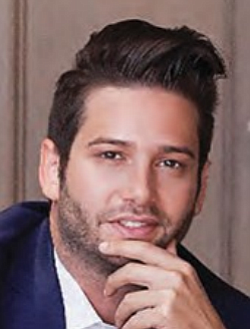 Josh Flagg is one of America’s most successful and sought after luxury real estate agents, having completed more than two billion dollars in residential real estate sales in the past 13 years. His record sales and unrelenting work ethic have lead to him being recently recognized by The Wall Street Journal as one of the top-ranked agents in California and nationally by sales volume and as a top 25 real estate agent by The Hollywood Reporter. Flagg has been the agent for many of Hollywood’s biggest names, including Merv Griffin, Adam Levine, Steve Aoki, Shonda Rhymes, and Chicago’s Robert Lamm, to name a few. He has also for many years represented distinguished families including the Debartolos, the Bloomingdales, the Gettys, and many more. In 2012, Flagg earned the distinction of being named a Forbes’ 30 under 30. He lives with his husband Bobby Boyd in Beverly Hills.