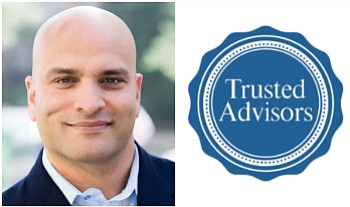 This has been a monumental year in the area of U.S. federal and state and local taxes. We started 2018 strong managing the impact of the late December 2017 passing of historical federal income tax legislation, and then in June 2018, the U.S. Supreme Court ruled on the Wayfair vs. South Dakota decision, which affects the future of sales and use taxes for remote sellers across the country. Companies and tax advisors have been spending a significant portion of 2018 trying to understand and determine the impact of the Tax Cuts and Jobs Act.

The IRS started the process of publishing proposed regulations on a variety of federal income tax changes including the new Section 199(A) pass-thru entity deduction, bonus depreciation changes, the new Global Intangible Low Taxed Income (“GILTI”) and Foreign Derived Intangible Income (“FDII”) regimes and the much anticipated Section 965, “transition tax.” Additionally, the reduction in the corporate tax rate to 21 percent has triggered a number of pass-thru entities to consider the impact of converting their legal entity structure to that of a Corporation. The new federal income tax legislation and the publishing of the proposed regulations will confirm some assumptions while likely creating more unanswered and uncertain questions on the application of these new changes.

Furthermore, many states have passed legislation either conforming or not conforming to the new federal income tax changes. Many states already do not conform to the pre-September 27, 2017 bonus-depreciation deduction and are likely to not conform to the new bonus-depreciation changes allowing for generally a 100-percent expensing of assets in the year they are acquired and placed in service. Many states, including California (“CA”), do not conform to the Section 965, “transition tax,” while other states such as New York do not provide for an exemption or deduction of Section 965 income and do not allow for the federal election to pay the “transition tax” over an eight-year period. While CA residents with Section 965 income do not have to be worried about being taxed in CA on this income, NY residents that have generated Section 965 income could see a significant increase in their New York individual income taxes.

From a multi-state sales and use tax standpoint, the passing of the Wayfair decision and the slew of legislation that has been passed or proposed by states since has created a lot of uncertainty for remote sellers with limited to no physical presence in states in which they are selling. Companies have tried to keep up with the changes many states have made or have proposed and are rightfully trying to determine how and when they may start collecting sales and use taxes from their customers on a multi-state basis. We have advised many of our clients to first focus on their internal accounting and billing systems to determine whether they are capable handling the collection responsibilities and to also consider the use of third-party sales tax computing software such as Avalara or Tax Jar. Further, companies will need to review either internally or with their tax advisors the reporting rules in each state and when they may need to start collecting and reporting. The hope is that states will allow for a simplified process of reporting for remote sellers to encourage increased compliance in this area.

LOOKING TO THE FUTURE

One of the key takeaways when dealing with any significant changes in tax area is patience. Companies and tax advisors really need to take the time to understand the impact of both the Tax Cuts and Jobs Act and the Wayfair decision on their companies and clients and take a reasonably calculated approach to implementing any of the changes on a prospective basis. One does not want to be in a position of making a significant change in their business or advising their clients to make significant changes (e.g. conversion from a passthru structure to a corporate structure) without fully understanding what the change may mean now and in the future.

Akash Sehgal is a Partner with Green Hasson Janks. He has over 20 years of experience and leads the Firm’s Tax Practice. He helps clients grow their businesses and assists them on complex state and local tax issues. To learn more, visit greenhassonjanks.com.