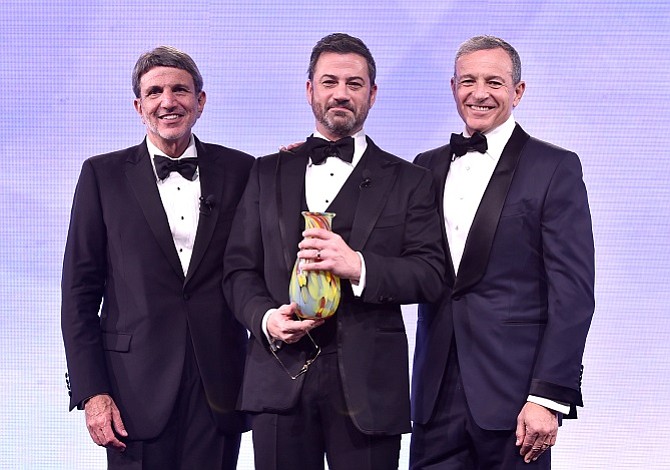 The “From Paris With Love” fundraiser, held Oct. 20, at L.A. Live drew more than 1,400 philanthropists, dignitaries and supporters to benefit the East Hollywood hospital.

“We won’t rest until every child has access to the care they need to set them on the path to a healthy and successful life, Paul S. Viviano, its chief executive, told the audience.

Kimmel shared how his son Billy was 3 days old when he received open-heart surgery at Children’s Hospital for a rare congenital heart defect.

Hasbro Inc., a toymaker based in Pawtucket, R.I., was the gala’s title sponsor. Other major sponsors included Costco Wholesale Corp., the Walt Disney Co., the Sydney Smith Trust, as well as the Goldhirsch-Yellin Foundation and Kristin and Jeffrey Worthe, chair of the CHLA Board of Directors.