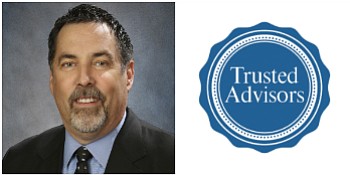 Surrounding myself with the best has always been a strategy I have executed. This not only applies to my professional life, but it also applies equally to my “giving back” philosophy. Thus, I’ve been actively involved with several non-profit groups throughout my career. In doing so, I’ve seen this philosophy payoff in so many ways.

During my 35-years of commercial banking, I’ve held numerous leadership and board of director positions with local, national, and international non-profit groups, such as Lions Club International (Past President-San Ramon Lions Club) and Rotary International (Past President- San Ramon Rotary Club), as well as Boys & Girls Club of America (Board Chair Boys & Girls Club of the West Valley). All groups are commonly focused on missions most passionate to me.

A short summary on each is as follows:

Lions Clubs International, founded in 1916 in Chicago, IL, by Melvin Jones with a vision to be the global leader in community and humanitarian service.

Rotary International, founded in 1905 in Chicago, IL, by Paul Harris with the motto of “Service above Self”, where people unite and take action to create lasting changes across the globe.

Boys & Girls Club of America, founded in 1860 in Hartford, CT, by Mary Goodwin, Alice Goodwin, and Elizabeth Hammersley as the Boys Club of America until 1990 when girls were added to the cause, where their mission is to enable all young people, especially those who need us most, to reach their full potential as productive, caring, and responsible citizens.

With non-profit organizations and the board of directors that lead them, you’ll not only be amazed at who you meet, but you’ll also marvel at the vast level of expertise they possess in both their specific industry and in areas that may be of interest to you. Whether it’s another individual who has gone through the same issues as you or a professional resource for your business, the connections you make while working with non-profits you strongly support are invaluable. Although you’re truly present for the non-profit’s cause, you will also be forging lifelong relationships with like-minded professionals that will help you in so many ways.

Long after I was a volunteer at a non-profit, I would still reach out to those individuals I had forged bonds with while serving. I would also receive calls for advice, including banking issues with their current bank. The same holds true with my fellow board members where the resources available to one another are vast and wide-reaching.

In addition to the personal satisfaction and connections you make when you are involved with a non-profit, it’s important to talk about the philosophy and practice of running a non-profit and the experience you receive from being part of it.

As the loyalty of customers are decreasing and competition for goods and services are increasing, for-profits can glean a wealth of knowledge from non-profits, including identifying objectives that serve their mission and elevates their community; empowering an engaged and spirited workforce; and maintaining a devoted customer base. Awareness is key to a successful business and that same awareness is paramount to the success and ability of non-profits when striving to generate revenue. With these ideals and objectives put in operation, it produces all facets of an outstanding non-profit: community and public appreciation, devoted employees, and a rewarding sense of fulfillment from providing the world with impactful work*.

There are thousands of non-profit groups in the Greater Los Angeles Metropolitan Area. It’s important to look for a financially stable non-profit with a vibrant board of directors and, most importantly, one where your passion is in sync with their mission. Once you’ve identified a non-profit that interests you, the place to start is by getting connected to someone in their organization or on their board of directors with the goal of becoming a member. The intangible rewards one receives from “giving back” far exceeds the monetary reward one receives from a paycheck. The relationships you forge from your philanthropic work will also strengthen your business and the connections you have inside and outside of that business.

Bill Nethercott is the SVP/Senior Group Manager of First Bank’s Los Angeles C & I Team. During his 35-year career, Bill has held roles including Commercial Relationship Manager, Senior Credit Officer, Assistant Credit Administrator &President/CEO. He can be reached at (818) 226-3230 or via Bill. Nethercott@fbol.com.