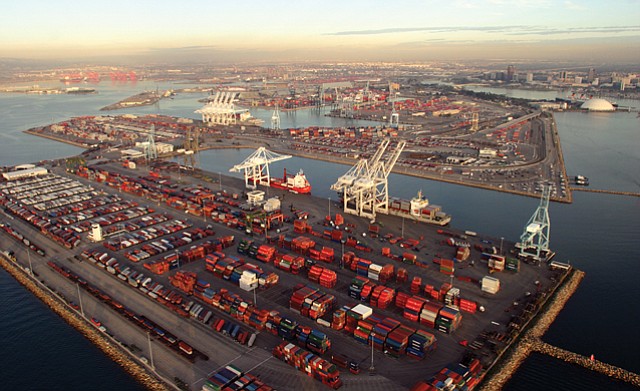 The Port of Long Beach set a new fiscal year record in container movement and the Port of Los Angeles recorded its best September in history, the ports recently announced.

The port of Los Angeles moved more than 800,000 20-foot-equivalent-units (TEUs) last month, a 4.9 increase compared to the same month in 2017 marking the port’s strongest September in its 111-year history, port officials said.

“Despite the tariffs imposed by Washington and Beijing, international trade is showing resilience,” Mario Cordero, executive director at the Port of Long Beach said in a statement. “At our Port we are providing a conduit for commerce that’s efficient for our customers and getting their cargo to destinations faster, saving them money.”

Unlike Port of Los Angeles’ fiscal year which observes the calendar year from January to December, the port of Long Beach’s fiscal year runs from Oct. 1 to Sept. 30. The latter broke container movement records, handling an all-time high of 8 million containers over the time period, a 10.7 percent increase year-to-year.

However, the month of September was flat, seeing a 0.1 percent decrease in container movement. Imports decreased 2.5 percent to 357,301 TEUs compared to the previous year and exports were down 3 percent to 121,561 TEUs, port officials said.