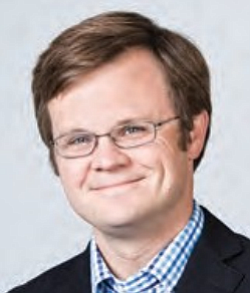 Bill Goodwin is the General Counsel at AirMap, a start-up powering the future of low-altitude flight, where he manages the legal and policy teams. He is an expert in the area of state and local Unmanned Aircraft Systems (UAS) regulation. Goodwin is a frequent speaker on the legal and policy issues associated with drones, including testifying before the United States Congress. Recently, he has spoken at BridgeSF, the FAA UAS Symposium, and the US Chamber of Commerce: “Digital Infrastructure and Transformative Technologies.”

Goodwin has worked with elected and appointed officials at the federal, state, and local level to understand the impact of regulation on the drone economy. Goodwin demonstrated outstanding unmanned aviation legal and policy expertise as he led AirMap to be selected in six out of ten applications to participate in the U.S. Department of Transportation’s UAS Integration Pilot Program (IPP).