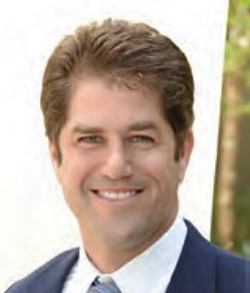 Rick Levy is a Founding Partner and General Counsel of ICM Partners, a talent and literary agency representing clients in the fields of motion pictures, television, publishing, and concerts. In addition to serving as the agency’s chief legal officer, Levy is a Managing Member of the agency as well as a member of the company’s Board of Directors.

In 2005, Levy led ICM’s deal team to sell a controlling interest in the agency to a private equity firm. At the time, ICM was the only major agency to have sold a significant interest to a private equity firm. Seven years later, he played a pivotal role in the successful re acquisition of control and ownership of the company through a management buyout of the agency in 2012. Before joining ICM in 1997, Levy was an associate in the employment and entertainment practice groups of Los Angeles law firm Gibson, Dunn & Crutcher.