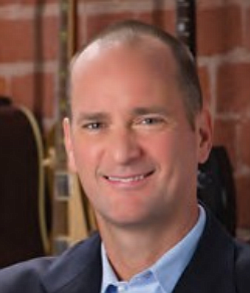 Michael Rowles has served as Executive Vice President, General Counsel and Secretary of Live Nation Entertainment, Inc. since March 2006. Based in Beverly Hills, Live Nation is the largest live entertainment company in the world, promoting concerts for top artists such as U2, Coldplay, Bruno Mars and Jay- Z. The company operates renowned music venues such as the House of Blues clubs, the Hollywood Palladium and the Fillmore, as well as many of the world’s preeminent music festivals including Lollapalooza, Electric Daisy Carnival, BottleRock, Rock Werchter and Reading. Since its merger with Ticketmaster in 2010, Live Nation Entertainment has become one of the top e-commerce companies in the world, with offices in over 40 countries globally.