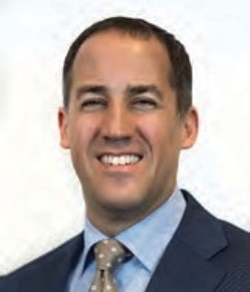 Daniel M. Flores, Senior Vice President and the head of litigation at Metro-Goldwyn- Mayer Studios Inc., joined the company in 2013 and is responsible for managing all litigation and pre-litigation matters, responding to third-party subpoenas and government agency investigations, and advising on antitrust and FCPA compliance, production-related claims, and risk management.

In his time at MGM, Flores has won dismissal and attorney fee awards in multiple copyright and idea misappropriation lawsuits, involving films such as “Creed,” “Barbershop” and “Cabin in the Woods.” He is responsible for protecting valuable MGM film and television properties including such franchises as James Bond, Rocky, The Pink Panther and Stargate from infringement via legal actions throughout the world. Flores has negotiated dozens of favorable confidential settlements on behalf of MGM in a variety of disputes including intellectual property, labor and employment, profit participations, and other commercial matters.