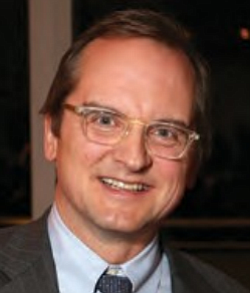 Stephen Clark has spent nearly 25 years helping museums and nonprofit institutions on some of their most difficult legal problems. After a series of positions at museums such as the Museum of Modern Art in New York and the American Craft Museum (now the Museum of Art and Design), Clark attended Fordham Law School. In 1994, he returned to the art world, when he joined the legal department at MoMa. In 2008, he moved to Los Angeles to become General Counsel of the Getty, a role he has served in for the last 10 years.

Clark has served as Vice President of the California Association of Museums and is on the faculty of the American Law Institute’s annual program Legal Issues of Museum Administration. He is widely recognized as being an authority on provenance issues, particularly related to World War II art issues, and speaks and writes around the world on the subject.