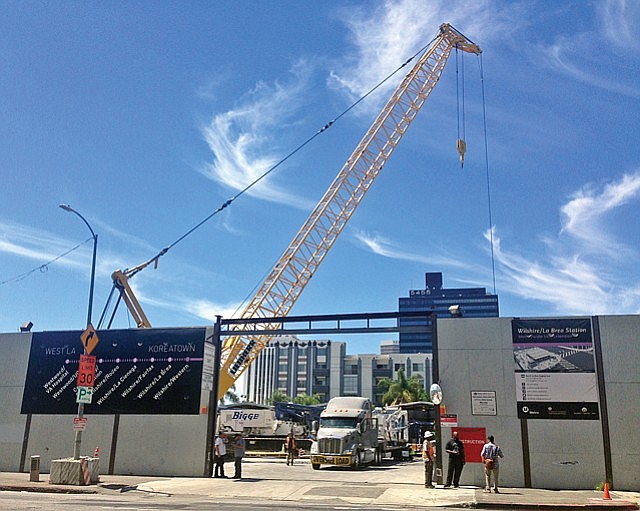 Los Angeles County Metropolitan Transportation has received $100 million from the Federal Transit Administration to fund the last section of the Metro Purple Line Extension Project, which will run from Century City to Westwood.

The funding comes from the FTA’s Fiscal Year 2018 Capital Investment Grants Program, which helps support public transportation projects across the country, according to Metro.

“We are very grateful for the positive and productive working relationship our agency has had with the Federal Transit Administration in working to advance the Westside Purple Line Extension Project,” said Sheila Kuehl, L.A. County Supervisor and Metro board chair, in a statement. “We are also pleased that our work toward obtaining a Full Funding Grant Agreement for this final section of the project is being favorably considered by the FTA.”

The last section of the Purple Line Extension project runs 2.6 miles between Century City and the VA Hospital in Westwood. Two new subway stations are planned for the extension project, which is expected to cost $3.56 billion. Metro has requested an additional $1.3 billion from the FTA through its New Starts Program and anticipates approval for those funds in early 2019, according to a Metro statement.

“The FTA’s allocation is a strong sign that our subway extension project remains on track to receive federal funding,” said Metro chief executive Phillip A. Washington, in a statement. “We are pleased to be among the agencies to benefit from FTA’s advancing of these much-needed federal transit funds, and we thank our legislative partners on Capitol Hill for their assistance in advocating for this nationally significant transportation project.”

The two earlier Purple Line extension sections are under construction. The last phase is expected to begin in 2019. The complete nine-mile line is expected to open by 2026, before the start of the 2028 L.A. Olympic and Paralympic Games in Los Angeles.