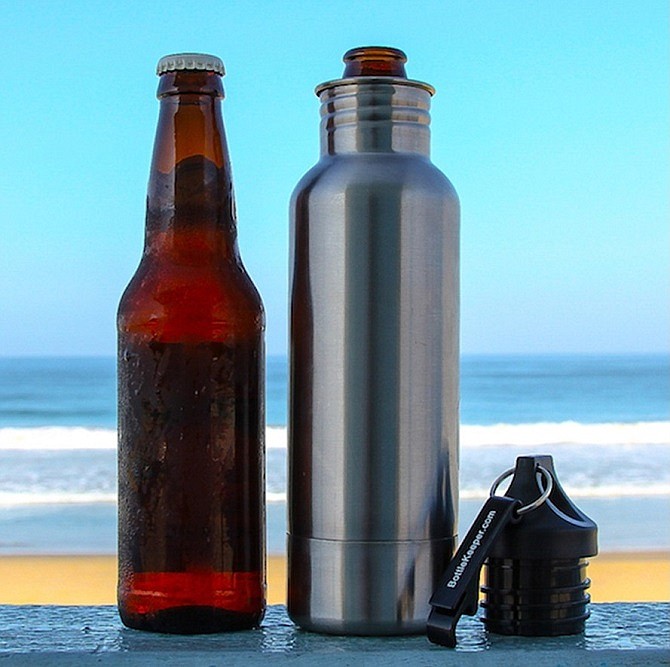 El Segundo-based BottleKeeper, a company that promises to keep warm beer out of your hands, raised $1 million from investors on ABC’s Shark Tank.

Cousins and co-founders of the company, Adam Callinan and Matt Campbell pitched their product on the Nov. 25 episode of Shark Tank. Their stainless steel bottle sleeves are insulated with neoprene and slips over a standard beer bottle, designed to keep it cold, the company claims.

Two of the four investors on Shark Tank, Mark Cuban and Lori Greiner, each invested $500,000 for a combined 5 percent stake in the company. According to the Beach Report which interviewed the BottleKeeper co-founders after the episode aired, Cuban and Greiner will receive a combined royalty of $1.50 per unit ($0.75 per unit for each) until they each get $1 million back.

Callinan and Campbell who could not be reached for comment, founded the company in 2013 and have a current staff of five. The company’s products retail for $34.99 and up.