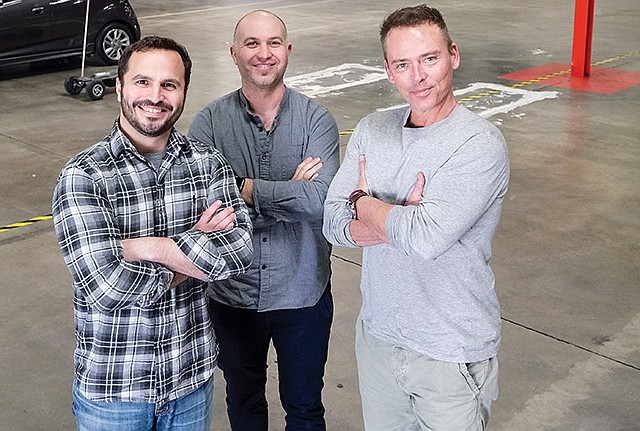 Chief Executive Michael Patterson told the Business Journal last year that the idea to make lithium-ion battery packs for vehicle manufacturers and other companies came up in a conversation five years ago with co-founder Porter Harris in a café called Romeo in Greece.

“We can fit 25 percent more energy in our batteries, in that same space auto-makers set aside for a battery in their electric vehicles,” Patterson said at the time.

The company also has developed thermal engineering that further boosts the effectiveness of the coolant and the efficiency of charging; this allows for “fast-charging” of its battery packs. Another key is the modular design of the battery packs, which allows them to be incorporated into a diverse range of products, including electric vehicles, machinery such as forklifts, and energy-storage devices.

Romeo Power opened its automated, 113,000-square-foot manufacturing facility in Vernon last year as it sought to expand production of its battery packs. In May, Romeo Power partnered with Costa Mesa-based Agility Fuel Solutions to produce battery packs for the commercial truck and bus market.