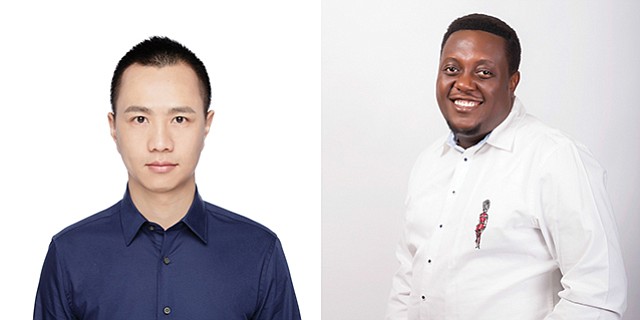 Record labels have undergone a revenue renaissance thanks to streaming, and now the biggest label by sales is making a play for an African streaming market currently led by one Chinese company.

Santa Monica-based Universal Music Group Inc. announced Nov. 5 that it signed a multiyear contract to license its catalog of hundreds of thousands of songs to Boomplay Music, the dominant streaming service in Africa with 35 million users.

With the deal, Universal becomes the largest label streaming on the continent. Sony Music Entertainment Inc. and Warner Music Group Corp., which together with Universal make up the industry’s big three players, have not licensed their catalogs to Boomplay.

Asked about possible Sony and Warner deals, a Boomplay spokesman said, “We plan to work with as many music groups as possible so as to satisfy our thirst for a robust catalogue. We have more big announcements coming in a few months.”

Universal has also recently expanded its presence on the African music scene. The company opened offices in Nigeria and the Ivory Coast earlier this year after first setting up shop on the continent with a South African office in 1997.

These Universal satellite offices work to monitor plays of the company’s catalogue, from streams to radio and clubs, and administer royalty payments.

Boomplay is a subsidiary of Transsion Holdings Co. Ltd., a Shenzhen, China-based manufacturer of smartphones, and the leading smartphone supplier to African markets. Transsion began preinstalling Boomplay on its phones in 2015.

According to a Universal spokesman, Boomplay will distribute Universal’s catalog through its smartphone and desktop apps to users in Nigeria, Ghana, Kenya, Tanzania, Rwanda, Uganda and Zambia.

Universal has a 28 percent share of the global recorded music market, according to a Music Business Worldwide report.

Streaming accounted for 54 percent – or $9.3 billion – of all global recorded music revenue in 2017, the first year it made up the majority of industry revenues, according to the International Federation of the Phonographic Industry, a United Kingdom-headquartered trade group.

END OF THE ROAD

Brentwood-based Open Road announced in October that it identified a potential bidder willing to buy the company, which turned out to be Raven. Judge Laurie Selber Silverstein had scheduled a hearing to auction off the assets but nixed the hearing when no suitors besides Raven emerged.

It would appear a bold move for Raven, which is headquartered in New York but has an office in Santa Monica. The private equity group specializes in midmarket deals between $5 million and $50 million, according to its website − making the deal to acquire Open Road a larger-than-normal play.

Open Road filed for Chapter 11 bankruptcy protection in September and reported a $93 million debt load, according to court filings.

There is now a smartphone app for long-running soap opera “Days of Our Lives,” extending the advantages of mobile technology to “Days” devotees.

NBCUniversal Media worked with Burbank-headquartered Corday Productions Inc., which has produced “Days of Our Lives” since the show first aired, to develop The DOOL App, an acronym that stands for “Days of Our Lives.”

The app’s release this month coincided with the 53rd anniversary of the soap, the venerable serial that weaves tales of romance and the supernatural in the fictitious Midwestern town of Salem.

Through their smartphones, fans can watch episodes and behind-the-scenes footage, play games, check recaps and follow news from the show’s set in Burbank.