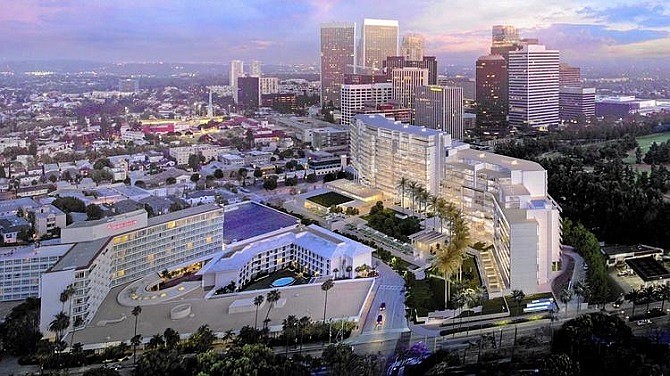 The buyers have reportedly agreed to pay $420 million for the property at 9900 Wilshire Blvd., according to the Wall Street Journal, which cited a source familiar with the matter. Wanda put the property up for sale earlier this year.

“You don’t often get opportunities to invest in one of the great markets in America. Beverly Hills stands head and shoulders above most markets,” Cain International Chief Executive Jonathan Goldstein said.

One Beverly Hills was one of many Chinese investments that has gone on the market so far this year, including properties from Greenland USA, part of Greenland Group, and many of Anbang Insurance Group’s high-profile hotels. The sales started when the Chinese government tightened regulations on overseas investments.

The One Beverly Hills property already has entitlements for 193 condos and a 134-room hotel.

Goldstein said they would be “looking to see what synergies can be created between the projects. It’s something only we can bring to the table.”

Alagem Capital is run by hotel mogul Beny Alagem who was once a major opponent of the One Beverly Hills project. Goldstein said Alagem’s knowledge of the area and what he did with the Astoria are what made him interested in working together on One Beverly Hills.

The deal is expected to close this month.