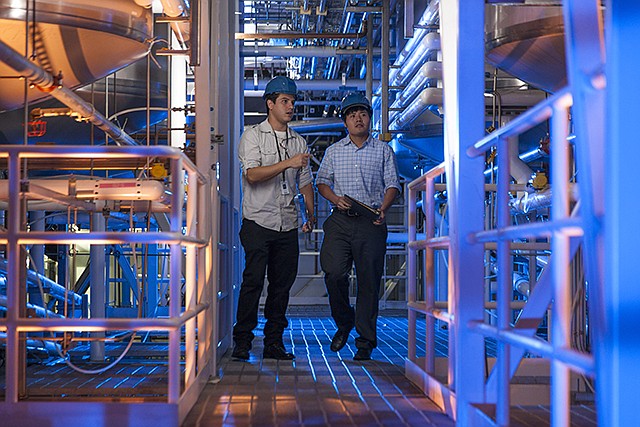 The Bay Area also led the state in the average annual wages paid to life sciences employees, at $164,123. The statewide average was $119,000. Life sciences workers in Los Angeles, which has a large manufacturing sector, earned an average of $88,523 a year.

Radcliffe also noted in the report that California leads the nation in venture capital investment in life sciences companies and in grants from the National Institutes of Health for the industry.

The NIH alone funneled $3.9 billion to life sciences research at California universities, research institutes and companies this year. The federal funding helped support a pipeline of more than 1,300 new medicines, including more than 430 intended to treat cancer.

Investment in California’s digital health companies, a category that includes medical data firms and app-based medicine, was projected to reach a nation-leading $3.9 billion, an increase of $1.6 billion from 2017. Of that, an estimated $87 million will be funneled into L.A. County and $16 million into Orange County.

Gov. Jerry Brown wrote in a preface to the report that California’s scientists “have developed groundbreaking therapies to help treat many serious illnesses – including cancer, hepatitis and heart disease – and engineered more sustainable materials, smarter agriculture and cleaner chemicals.”

The Southland’s top research institutions − UCLA, USC and Caltech − received a combined $708 million from NIH in fiscal 2018, down slightly from $719 million in 2017.

The California Life Sciences Association authored the report, drawing jobs and investment data from the Bureau of Labor Statistics, PricewaterhouseCoopers, the NIH and other sources. CLSA has four offices statewide − including a location in Monrovia – as well as a Washington, D.C., operation.