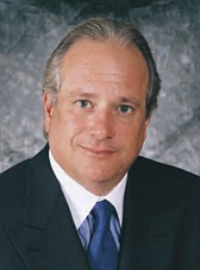 For 58 years, the Chargers have stretched the imagination and given fans one of the most exciting shows in football. With a history defined by dramatic games, unforgettable highlights, beloved players, groundbreaking performances and one of the NFL’s most iconic uniforms, the Chargers returned to their Los Angeles birthplace in 2017 and will move into their new LA Stadium home upon its completion in 2020.

The Chargers were purchased by construction leader and real estate developer, the late Alex G. Spanos in 1984. Spanos made family part of his formula for business success. The A.G. Spanos organization, including the Chargers, is a family-run operation. Alex turned over the day-to-day operations of the Chargers to his oldest son, Dean, in 1994. Alex enjoyed retirement and watching his sons, Dean and Michael, along with his grandsons, A.G. and John, guide the Chargers as they celebrated 33 years of family ownership.

The Spanos family has a multi-generation commitment to community involvement, and is recognized as one of the NFL’s most philanthropic families and one of Southern California’s most active and caring contributor to local causes. Their financial and emotional support for youth, sports, education and the brave men and women in uniform has been a hallmark of their team ownership and legacy.

In appreciation of the Spanos family’s donation of $250,000 to aid local wildfire relief efforts, as well as additional dollars to support victims of Hurricane Harvey, the team was named Red Cross L.A.’s 2018 Humanitarian Organization of the Year. Additionally, the Chargers received the Association of Corporate Growth 2018 Mayor’s Award in recognition of their impact on the Los Angeles community.