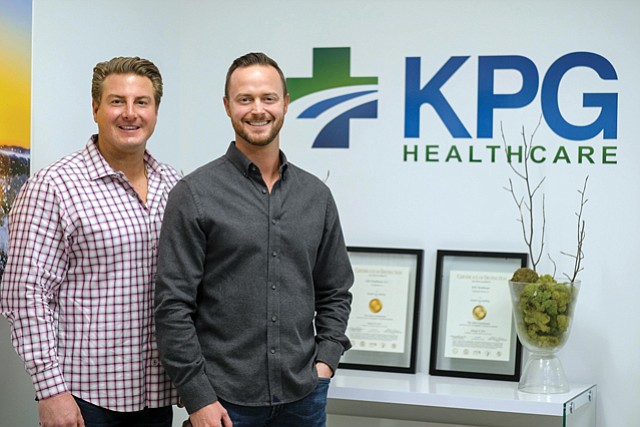 A shortage of registered nurses in California and across the nation may be a boon for Los Angeles-based health care staffing businesses.

Three companies that supply contract nurses to hospitals and clinics are on the Business Journal’s 2018 list of fastest growing private companies in Los Angeles County, which ranks growth by revenue between 2015 and 2017.

KPG Healthcare, a health care staffing agency based in El Segundo, led the pack at No. 18 on the list based on 218 percent growth during the period to $22.3 million last year. The 7-year-old firm supplies doctors, medical technicians and registered nurses to 25 hospitals throughout California.

“We’ve almost doubled every year since we started,” said KPG Healthcare Chief Executive and co-founder Joe Gossman, who started the firm in 2011 with fellow co-founder Kris Page, another seasoned medical staffing veteran. “We’re chipping away every year, trying to give the best service that we can.”

The company now operates three divisions: a registered nurses division, which places roughly 100 nurses a month in jobs from the Bay Area to San Diego, with most working in the Greater Los Angeles area; an allied division of 50 surgery techs and other professionals; and a physicians division of 100 doctors, which doubled in size over the last year.

“Going forward, I’m continuing to see a lot of growth,” Gossman said. “I feel we’re just getting started. We have a good foundation. We’ve got good people. Good service. And good growth.”

KPG Healthcare was followed by No. 26-ranked Coast Medical Service Inc., of Pico-Robertson, with 170 percent revenue growth; and No. 39-ranked Stability Healthcare Inc. of Boyle Heights, with 115 percent growth.

The health care staffing industry has long supplied hospitals and clinics across the nation with doctors, registered nurses and medical professionals to help fill staff shortages.

In California, temporary nurses hired on a daily basis or for months at a time can help hospitals that must comply with mandatory nurse staff ratios.

The health care staffing industry has also benefited from a shortage of nurses by recruiting traveling nurses – those who work out of town for additional travel expenses – to temporarily fill vacant jobs.

Across the nation, the need for registered nurses is expected to grow by 15 percent from 2016 to 2026, compared to 7 percent growth across all occupations, according to the U.S. Bureau of Labor Statistics.

A study by Carlsbad-based RegisteredNursing.org predicted the U.S. demand for nurses would skyrocket by 28.4 percent to 3.6 million nurses by 2030 – with a California shortfall of 45,000 registered nurses.

That may bode well for Los Angeles-based staffing firms, which already rank among the fastest growing staffing firms in the nation, according to the analyst report.

Coast Medical Services ranked near the top quarter of the Business Journal list of 100 fastest growing privately owned companies based on 170 percent growth leading up to $8.1 million in revenue last year.

The 39-year-old staffing company founded by Christine Gregory serves 75 hospitals, clinics and surgery centers across Southern California. It’s on track to hire 500 nurses through the end of 2018, executives said, and expects 20 percent to 30 percent growth over last year.

After investing in a new IT system to automate hiring, Coast Medical is looking to grow its full-time staff of 16 employees to expand in Northern California, Arizona and Nevada, said company President Kenny Kadar.

“As long as we can supply quality caregivers, our business will continue to grow,” said Kadar, son of the founder, who since 2011 has run the family business. “Ultimately, our goal is to help a lot of people. It’s fulfilling to add value – and to help patients get better.”

The company, founded in Pasadena nine years ago with five employees, originally served as a stodgy brick-and-mortar staffing agency run like the travel agencies of yore, according to Jay Blecker, Stability’s chief financial officer.

Company executives who were looking to boost operational efficiency noticed a business trend: Millennial-age nurses were entering the profession at double the rate Baby Boomers had entered nursing decades ago. So, the outfit went digital in an attempt to appeal to the demographic, developing a tech-driven platform tailor-made for millennials. The platform allows Stability’s RNs to check an online portal and instantly determine where and when they can work, and for how much.

Stability also moved two years ago to an “Arts District-adjacent” address in Boyle Heights in a ploy to add younger workers to the company’s full-time roster.

The transition toward a younger team has had a dramatic impact, Blecker said.

In 2015, Stability had 10 employees who managed 60 to 80 contract nurses a month, he said. After the digital makeover two years later, the company grew to 28 employees who manage 120 to 140 nurses each month in as many as 125 hospitals across 30 states.

Next year, Stability expects to hire close to 200 nurses a month.

“To a large extent, we’ve crossed over to allow them to have greater control over the process – the facility they’re applying to, the pay, where in the past that had all been under a cloak,” Blecker said. “It basically transformed how we go to market.”