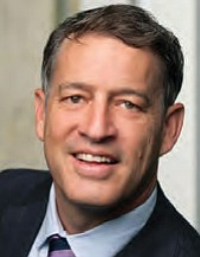 Marc Fenster is a first chair trial lawyer, specializing in patent and other complex, high stakes litigation. He earned BS and MS degrees in Bioengineering at UC San Diego, and his JD from UCLA. He then worked at Irell & Manella, where he specialized in patent litigation, working with Morgan Chu. In 2003, he joined Russ, August & Kabat to start the patent litigation group with the idea to build a world-class patent litigation team.

Since 2003, RAK has grown to a leading patent litigation practice, specializing in representing patent holders and inventors. RAK currently has approximately 28 patent litigators, and has consistently been ranked as one of the top firms representing plaintiffs for the last 5 years. Fenster has led multiple teams to trial, including recent wins over Apple in Core Wireless v. Apple (Apple’s first lost in a patent case in California); Core Wireless v. LG (first willfulness verdict in a SEP patent case); and Realtime v. Riverbed.