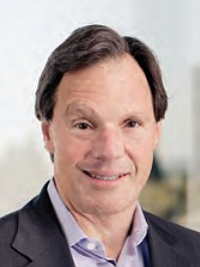 As Co-Head of O’Melveny’s Entertainment, Sports and Media Practice, Bruce Tobey is a highly regarded entertainment transactions lawyer with more than a decade of executive experience. His practice covers all aspects of production, distribution, financing and licensing of feature film and television productions as well as digital media. He also provides strategic and operational advice to investors and companies in both traditional and new media.

A go-to lawyer for entertainment giants like Sony, Paramount and Lionsgate, Bruce regularly advises on ground-breaking, industry-shaping deals. Bruce had a particularly strong last year, including headline-making transactions such as Lionsgate’s sale of its stake in the premium pay television network EPIX to Metro- Goldwyn-Mayer (MGM). Tobey is the former Chief Operating Officer of CBS Films, which he helped found, and oversaw all aspects of its motion picture development, production, and distribution businesses and operations.