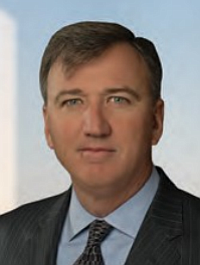 Michael L. Preston has been Executive Vice President, General Counsel and Corporate Secretary at California Resources Corporation since 2014, when the company was spun off from Occidental Petroleum into its own separate publicly traded company. Preston leads a legal team that works closely with management and operations to ensure that the company is a reliable provider of affordable energy, an active supporter of the communities in which it operates, and is recognized for its operational excellence in a highly regulated industry with some of the most stringent environmental standards in the world. In addition to his responsibilities as chief legal officer, Preston oversees the company’s marketing, supply chain and human resources functions.

Most recently, Preston played a leading role in CRC’s acquisition of the remaining working, surface and mineral interests in the 47,000-acre Elk Hills field in the San Joaquin Basin of California from Chevron.