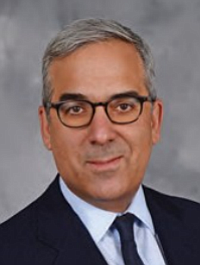 John Rogovin is considered to be one of the most strategic and insightful general counsel in Los Angeles. Since joining Warner Bros. nearly a decade ago, Rogovin has helped de-risk the studio’s important deal work, address global change like the merger with AT&T, and manage litigation incredibly well, including protecting some of the studio’s most iconic properties, notably Superman, The Hobbit, Lord of the Rings and Two and a Half Men, among others. He is not afraid to try cases to victory when appropriate, and is also willing to settle fairly when it is the right thing to do and makes sense for the company.

Earlier this year, Rogovin and his team were instrumental in shutting down years of litigation and four sets of plaintiffs asserting rights in the multibillion-dollar Conjuring motion picture franchise. He is also responsible for knocking out a variety of claims arising out of the motion picture War Dogs.