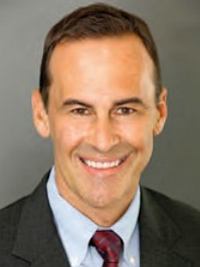 Daniel C. Tepstein serves as Chief Litigation Counsel for Oath, a Verizon company that owns and operates Yahoo, AOL, Tumblr, and HuffPost, among other leading online properties. Tepstein has served as an in-house lawyer since 2007. At that time, he joined Yahoo—one of his then-clients—as a senior litigation attorney managing complex commercial litigation. This decision was driven by his passion for technology, the internet, data privacy, and the excitement of creating new law in an emerging area that courts were just beginning to understand.

He managed hundreds of disputes and litigation matters while at Yahoo and was promoted to serve as Yahoo’s chief litigator in 2012, garnering several awards and the recognition of the company’s executive leadership. Tepstein and four of his colleagues received Yahoo’s Superstar Award—the company’s highest honor—for their work on a high-profile litigation matter in Mexico City, referenced above. In each year the company ranked achievement by percentile, he earned the highest performance percentile of top 10%.