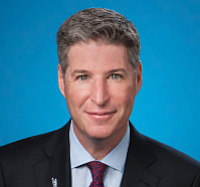 Wolff has broad management experience in the financial services industry and substantial expertise in mergers and acquisitions, commercial transactions, risk management, governance, capital formation and strategic planning, among other areas. Wolff is considered one of the most accomplished and experienced banking general counsels in California, having participated in many of the most significant bank mergers in the past two decades.

Wolff has played a significant a role shaping the landscape of banking in Los Angeles and in California, serving as the top legal executive of two major financial institutions in Los Angeles during a time of unprecedented change in banking and in the economy. When City National was looking for a General Counsel to succeed its longtime and highly-respected executive Mike Cahill, it found in Wolff a seasoned lawyer and entrepreneurial executive who had the unique combination of deep legal and business experience to support City National’s robust growth and expanding national presence. Since its acquisition by Royal Bank of Canada (RBC) in 2015, City National has grown in assets more than 33% from just over $36 billion to over $47 billion in assets.