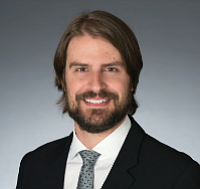 Akin Gump Corporate Partner Chris Spicer is the head of the firm’s renowned entertainment and media team in Los Angeles, regularly leading some of the industry’s highest-visibility deals between independent movie production companies and financial institutions. His ability to find creative solutions has been instrumental to the firm’s financial institution clients in a rapidly changing landscape for content creation/consumption and a challenging, competitive environment for financial institutions.

With a practice focused on media and entertainment finance, Spicer represents financial institutions, mezzanine investors, production companies and equity providers in motion picture, television, digital financing and co-financing as well as other corporate transactions. He also advises borrowers, distributors, content creators, high-net-worth individuals, funds and others involved in various aspects of the production, financing and distribution of film, television and digital content.

As a media industry go-to on China’s Hollywood investment deals, Spicer has completed a number of Chinese-related deals, including: Bona Film Group’s investment in a slate of movies for 20th Century Fox and continued investments in additional projects; the representation of East West Bank in China’s Perfect Universe film-slate financing at Universal Pictures; an $86 million credit facility with TIK Films for the co-financing of a slate of motion pictures produced by Lionsgate; and Talent International’s production of the Jackie Chan and John Cena action thriller, Project X.

Spicer is also a member of the advisory committee of the UCLA Entertainment Law Symposium and has been a visiting Assistant Professor at the graduate and undergraduate level in the UCLA School of Theater, Film and Television.