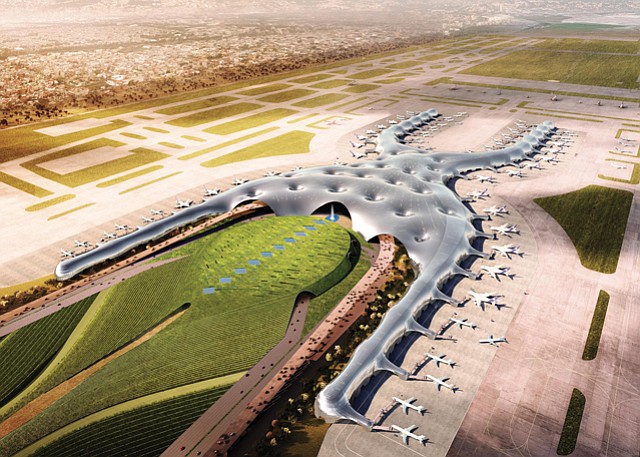 The fate of a $100 million-plus contract held by Pasadena-based Parsons Corp. to manage the construction of a $13 billion airport in Mexico City has been thrown up in the air after the incoming Mexican president announced he will cancel the partially constructed airport project upon assuming office Dec. 1.

Parsons, an engineering, design and project management firm with $3 billion in revenue last year, could lose a substantial portion of its contract outright next month or face a delay of a year or more before receiving more work as an alternative airport development plan is fleshed out.

Mexican President-elect Andres Manuel Lopez Obrador made the cancellation announcement Oct. 29, a day after a controversial referendum was held on the airport project in which roughly 1 million – or 1 percent – of Mexican citizens voted; a majority of those voting said they wished the project would be halted.

In his election campaign, Obrador said one of his first moves as president would be to halt the project. He cited reports of corruption and graft in the development and construction of the airport as reasons for the cancellation and noted the project’s initial budget of $7 billion had nearly doubled. 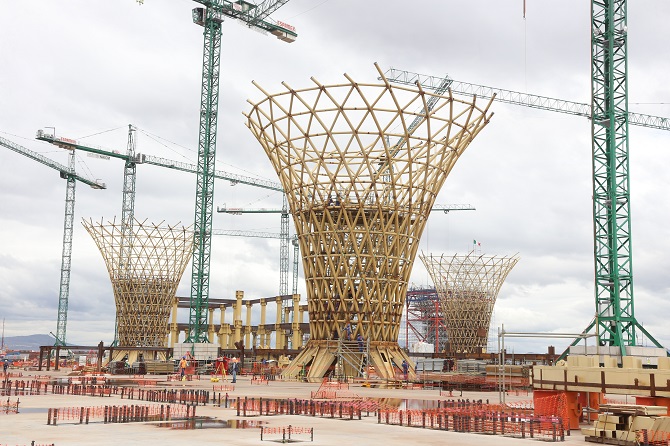 The cancellation would take effect Dec. 1, the day Obrador takes office; until then, Mexican airport authority officials have said all work underway will continue as scheduled.

Since the cancellation announcement – which resulted in an immediate slide in Mexican stock market exchanges and in the value of the Mexican peso – Obrador and key officials in his incoming administration have sought to reassure investors and contractors that existing contracts for airport construction would be honored, but they have not yet provided details on how that would be achieved.

They have also said in various media reports that they intend to proceed with an alternative plan that includes keeping the over-capacity Benito Juárez International Airport and supplementing it through the conversion of a military airfield, known as Santa Lucia, 40 miles away.

These developments over the past couple weeks have injected lots of uncertainty into Parsons’ project management contract with El Grupo Aeroportuario de la Ciudad de Mexico (Airport Group of Mexico City), the authority charged with developing the new airport. That uncertainty was reflected in the company’s statement to the Business Journal as relayed by Parsons spokeswoman Erin Kuhlman.

“Regarding the public consultation surrounding Mexico’s new international airport, the NAIM project, Parsons supports the determination made by the Mexican government-elect,” she said. “Parsons’ job is to implement our customer’s vision of the project in the best way possible. If that vision involves change, we will respond with agility and will use our expertise to bring our customer’s plans for the program into fruition.” 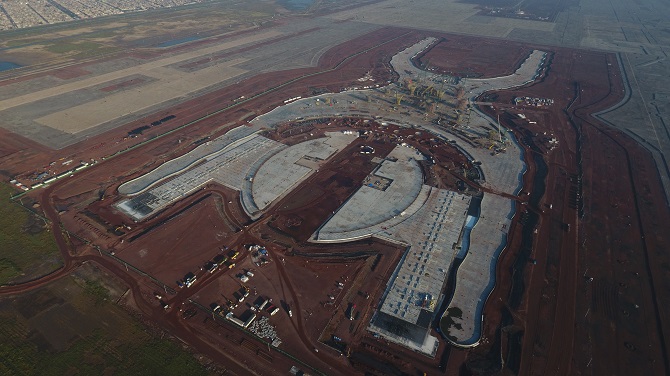 Aerial View: It’s unclear how much of the Mexico City airport project has been completed.

Parsons received a six-year contract for the airport project in March 2015. According to the announcement put out by the company at the time, the contract called for “a wide range of services for Mexico City’s new airport, including program/project management, project controls and contract administration, design management, construction management oversight, operational readiness, and airport transfer.”

But Kuhlman said that number may not be accurate because it doesn’t include some change orders and other adjustments. She said the company would not disclose what it regards as the contract value.

Neither estimate has taken into account work done over the past three months.

Going forward, the only apparent certainty at press time is that work on the airport project will stop on or about Dec. 1. Whether that will be a permanent stop or the beginning of a hiatus of several quarters as the alternative airport development plan involving the military airfield is explored and fleshed out remains to be seen. The alternative plan has its own issues that must be resolved, including findings from a study by Mitre Corp. of McLean, Va., that flight paths from the military airfield and the existing airport would conflict. 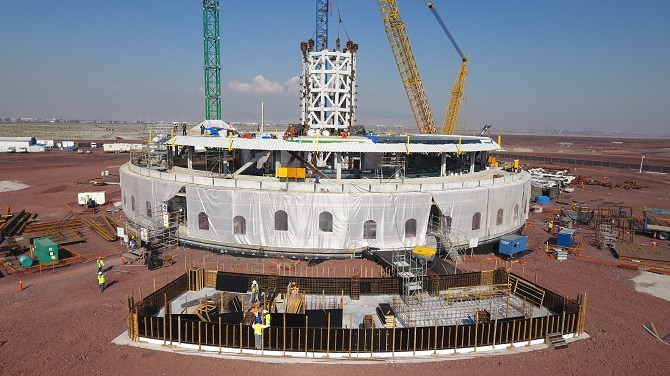 Whether Parsons will be paid for the remainder of its contract also remains to be seen. Obrador has said publicly he will “honor existing agreements” but has not elaborated. His transport minister designate Javier Jimenez Espriu told Reuters on Oct. 31 that “companies already contracted by the airport group may be able to transfer their contracts to Santa Lucia (the military airfield), or reach new agreements.”

All this points up the risk for engineering firms such as Parsons in going after contracts in foreign countries. If Parsons does not get paid for the rest of the contract it was awarded, it may have to enter a protracted legal battle to seek that payment.

“Generally, firms in situations like Parsons’ have to resort to the courts in the country where the project is located and just for whatever contractual remedies are available,” said Gary Tulacz, senior editor for Engineering News Record, a New York trade publication. “That’s why firms are very careful about how transparent the target country’s legal system is before committing to work in that country.”