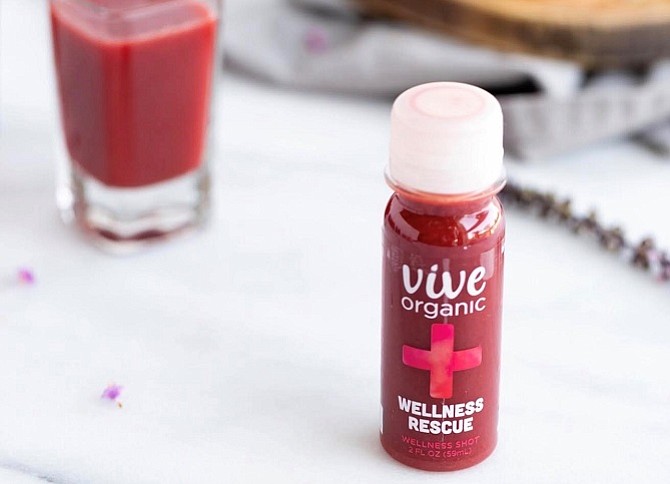 Blueberry Ventures and individual investors including Bill Moses, co-founder of KeVita and Chris Hunter chief executive of Koia also participated in the round.

Vive Organic said the recent round will help with expanding distribution nationally in both natural and conventional grocery stores and other retailers and with hiring talent.

Three-year old Vive Organic was formed after co-founder Wyatt Taubman said he cured a cold by drinking a ginger and turmeric shot.

“Besides getting cured, something about the idea of getting these powerful ingredients together spoke to me,” Taubman told the Business Journal. “I did market research and saw that there was no clear leader for this segment.”

What followed was a friends-and-family round in December 2015, seed funding in 2016 and the Series A announced Nov. 1. Taubman declined to comment on revenue and total amount of funding raised since founding the company. Vive Organic counts 11 full time employees.

Today, direct competitors to Vive Organic are Huntington Beach-based Gingershots and Tulua and indirect competitors include Jamba Juice and Pressed Juicery, which offer juices and smoothies in addition to wellness shots.

Mark Rampolla, co-founder and partner at Powerplant said he was in talks with Taubman for two years.

“One of the things is that we can clearly see a market path for this business to scale and along with its supply chain side,” Rampolla said. He said his firm usually meets with 500 companies a year but invests in about five after due diligence. Powerplant’s portfolio companies also include El Segundo-based Beyond Meat and Thrive Market.