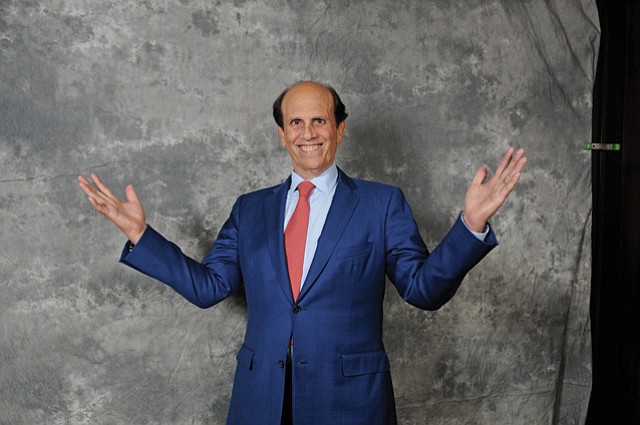 Michael Milken was a disruptor long before the Digital Age. He revolutionized the world of finance with the advent of high-yield debt, sparking an historic expansion of access to capital for American businesses even as the innovation took on the moniker of “junk bonds.” Milken now tracks, analyzes and supports various disruptive and revolutionary concepts through his family's Santa Monica-based foundation.

Where is Los Angeles as a market place now?

When you look at cities that grow over time, it generally happens around leading educational institutions or universities or health systems. California has been so unique because it has four of the top 20 bioscience universities in the world. And you have Caltech, UCLA and USC – which is expanding in bioscience – down here in Southern California.

These educational institutions draw people from around the world, draw the best and the brightest, and now the question is: Will they stay? USC has had the most number of non-U.S. citizen students for most of the last decade – about 12,500 foreign students a year. How many of them stay? They might create business and change the city. To me, that’s the exciting thing about Los Angeles.

What are the challenges in that area?

Unfortunately with foreign students, it’s our immigration laws. If you are a grad student at UCLA or USC, one of your biggest challenges is if you can stay here. What they’ve found is that, if I want to go join a startup that has five or 10 employees, it’s very difficult. If I want to go join IBM, then I can get a work visa. This situation is so important for California, where startups are so much a part of the economy.

You’ve said that the competition for human capital is the hallmark of this century. How is Los Angeles doing?

Having these strong university systems – these are real assets and they are greatly underestimated in terms of their value to the region. The Milken Foundation puts out all kinds of reports – best places for startups, best commercialization of intellectual property, and others. UCLA ranked first this year in startups.

In commercialization, two of the top four were Provo, Utah, and Salt Lake City – Brigham Young University and the University of Utah.

You need to be aware of this, because if you think we’ve had a revolution in computer science, which has really fueled the most valuable companies in the world, just wait for this revolution in biological sciences. Our computers will be biologically based. The biological revolution of precision health, growing crops – all these types of things are coming.

Part of our efforts are to make sure that this part of the country is a leader in the area.

The same thing with fintech – most of the fintech is not happening in Los Angeles, and you might be disintermediating traditional finance from that standpoint – that’s why I cite those two examples.

How can we measure where Los Angeles is in terms of the competition?

We did a study 25 years ago for one of the big Swiss pharmaceutical companies. They wanted to be a leader in the 21st century. Our analysis was that they would not be a leader unless they had a significant presence in Boston, Bay Area and San Diego and in North Carolina. And they invested billions of dollars. Another example was Sanofi, a French company, which spent $20 billion for Genzyme in Boston. Roche, in Switzerland, bought Genentech in the Bay Area. These sorts of companies should grow up around universities – and they have potential to create millions of jobs long term.