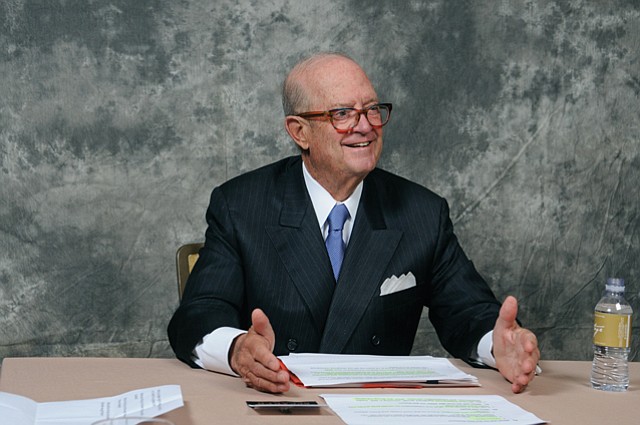 John Cushman III, chairman of global transactions at Cushman & Wakefield, has been a key player in the development of downtown Los Angeles from its low-rise past to its high-rise present. With more than half a century of commercial real estate experience under his belt, Cushman bows to the past, but isn’t bound by it.

Where is Los Angeles right now as a market?

L.A. County is dynamic, it’s multicultural. There are more than 100 languages spoken here. It’s not like going to Nebraska where there will be one language spoken or two. That makes for a dynamic environment.

But you can’t just live off the weather. You’ve got to have other reasons to be part of the basin. We’ve lost major industries, but we’ve gained major industries. It’s a diverse economy. We have the biggest ports in America here. We have a tremendous foundation for manufacturing.

One of the very, very positive things happening is we’re gaining – and I would say at a pretty rapid rate – on transportation.

A lot of people want to see a better California, a better Los Angeles County, a better city. But it’s not happening fast enough. That’s the problem. It’s got to be expedited. One of things we’ve lost is leadership.

Where was the city when you started in business here?

When I started in business, it was a village. In the 1960s, there was not much of a skyline in downtown Los Angeles. My assignment was to open the Los Angeles office quickly.

When I came in 1967, they were phasing out the red car. Now we have the subway, we have the light rail. This is where I think the leaders are on a positive course.

In the 1970s, 18 buildings were added downtown, including the Arco Plaza (now City National Bank Plaza). Twenty-nine new buildings were completed in the ’80s.

When I first came here, it was unreal. You could get the CEO of Unocal, Arco, the CEO of Crocker Bank, Security Pacific, Bank of America, all involved, and they could make stuff happen. They could decide, we’re going to focus on (developing) these five blocks. Today, what we’re missing is the leadership. We don’t have the leadership, or if we do, they’re quiet.

What is this city on the way to – where are we going in each of those respects?

This is the entertainment capital of the world. That is not going to go away. The digital environment will explode. I don’t think in five to 10 years that real estate for anybody will be the same. It will change with the confluence of technology, robotics and artificial intelligence. I’m very involved in this world.

The 2028 Olympics will have a profound effect. The Super Bowl (in 2022) should accelerate activity in a positive way in the basin. The city and AEG is anxious to expand the convention center, which I’m completely for. We’re picking up on that score.

What will be the key factors? Who will lead? What will we look like when we get there?

As a state and a city, we’ve been very short sighted. But when people use the term, “long term,” I don’t buy into that because long term is too late. It’s got to be short term. It’s got to be somebody who comes in there swinging a bat.