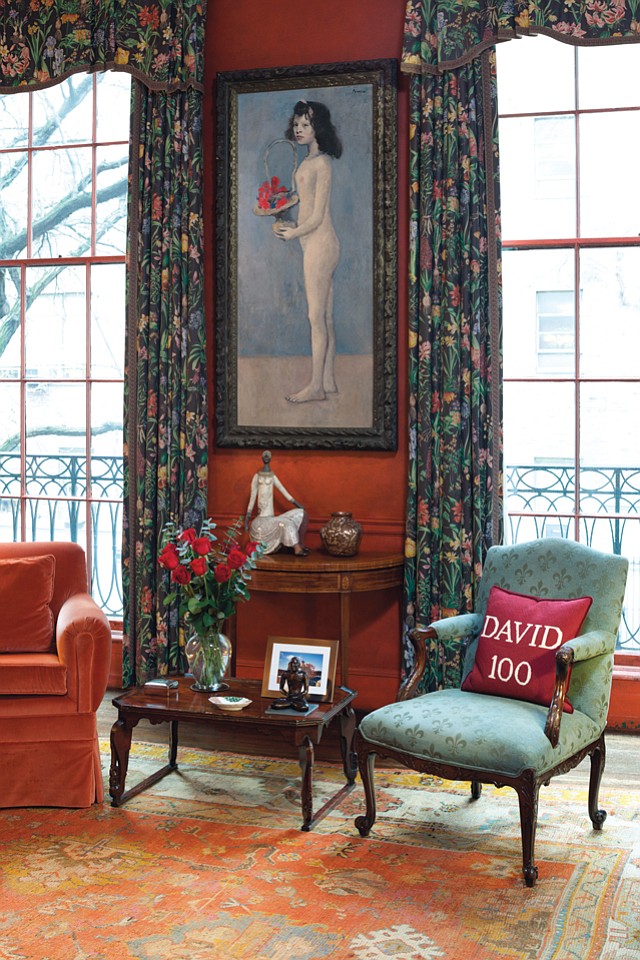 Picture Perfect: Pablo Picasso’s painting, “Young Girl With a Flower Basket,” was originally displayed in the library of the Rockefellers’ Manhattan townhouse.

Marc Porter sat in a nondescript backroom on Camden Drive just north of Wilshire Boulevard, cool and comfortable as a crew worked to get the lighting just right on a Pablo Picasso’s “Young Girl With a Flower Basket,” valued at $70 million at that moment. 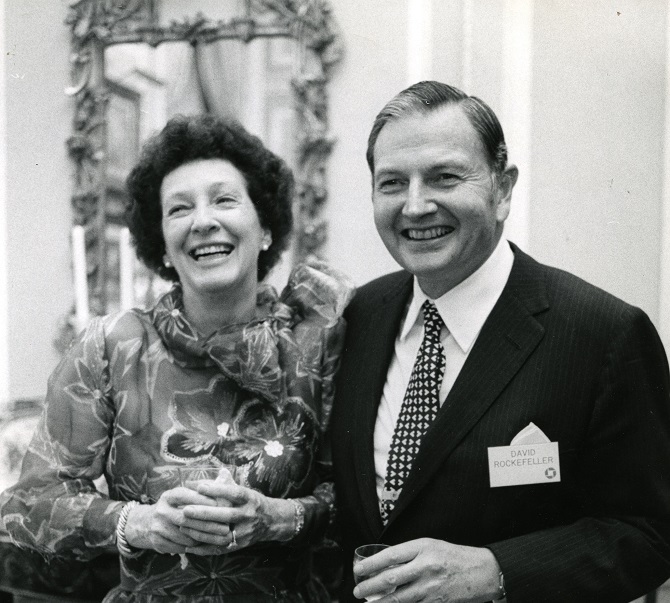 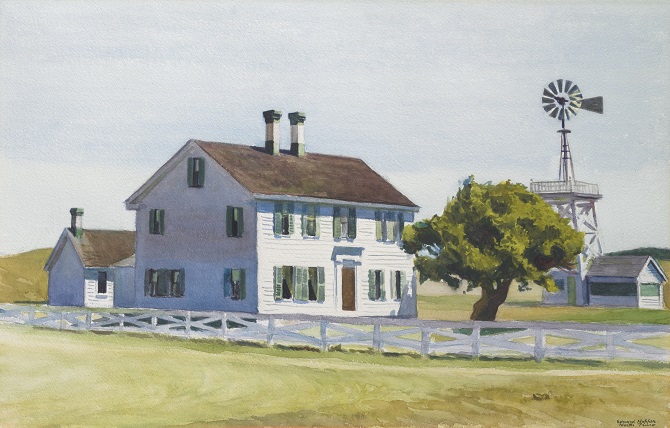 Porter is the chairman of the Americas for Christie’s, the London-based auction house that’s been immersed in the art world since the 18th century. His job on that day was to bring every bit of the Christie’s pedigree to a road show in advance of an auction of the art collection of the late Peggy and David Rockefeller, the civically engaged, globe-trotting scion of the prototypical American fortune.

Porter had good reason to bring defining examples of the collection to the Christie’s studio in the Golden Triangle of Beverly Hills, where works by Paul Gaugin, Edward Hopper, Georgia O’Keefe and Claude Monet, among others, rounded out a select display a month or so ahead of what was billed by Vanity Fair as the “Largest Art Auction of All Time.”

L.A., it seems, has gone from a maybe to a must on the art world’s global stage.

“Los Angeles has the most diverse group of collectors and connoisseurs – together with New York – in the United States,” Porter said. “Those are certainly the poles now, with the growth of wealth in Los Angeles, and the leading examples of LACMA, MOCA, the Getty, the Huntington, the Hammer, the Broad, and others.”

The relationship between wealth and art – and philanthropy in general – was summed up neatly in the sale of the Rockefeller collection of 1,600 or so pieces, which went on to set a world record by fetching a total of $832 million earlier this month — the “Young Girl” portrait brought $115 million on its own. Proceeds went to a variety of institutions, including the Museum of Modern Art in New York, Harvard University and the Council on Foreign Relations, to name a few.

“What’s quite common with art collectors is that their activities support and fund not just art museums, but they very often sell art they’ve collected to fund educational interests and scientific interests,” Porter said. “So a couple like Eli and Edythe Broad have the means to support both stem cell research and the visual arts. They have acquired a collection that can fill the museum they built and also fund other things.”

Porter’s insights seemed particularly well-timed – and the Broads seem an apt example – of L.A.’s ascendance to a position among the select cities around the globe where the heart of the art world pulsates.

Indeed, the choice of locations for Christie’s road show beyond the New York base of the Rockefeller collection indicates a new orientation with a lean toward the Pacific Rim – the tour started in Hong Kong, went to London, then Beijing, and on to Los Angeles before wrapping up in Shanghai.

L.A.’s new standing among the field was highlighted in dramatic fashion in 2017, when the Broad anounced it had drawn more than 800,000 visitors over its first 12 months.

“I do think that L.A. is singular because its primary 20th century founding business was a creative business – film,” Porter said. “A key segment of the business elite in the city has long been involved in art production, because film is an art. So, in terms of Los Angeles, that’s the peculiar, interesting, defining element here. So it’s a very different, heady environment.”

A heady environment produces headlines of the sort that accompanies the establishment of the Broad … or the gift of 47 works valued at $500 million from the late Jerry Perenchio to the Los Angeles County Museum of Art … or David Geffen’s more recent $150 million gift to the county-run institution.

The recognition is well deserved, although it’s notable that art and wealth meet on many other levels, Porter said.

“The headlines go to the most expensive works of art or biggest gifts, which are very often associated with local or regional wealth that is connected with museums through the board of trustees or the curators,” he said. “But the relationship between wealth and art is multilayered. The members of the general public don’t collect. But supporters can both buy works of art as collectors and also support public programming. An institution like the Hammer (Museum at UCLA) – its programming creates a public audience.”

The efforts have garnered attention well beyond L.A.

“The Hammer is the national example for programming — exhibitions, lectures, films,” he said. “It’s also true of other institutions here – their auditoria and other aspects are as much as part of the institution as is the gallery space.”

That’s where wealth carries art beyond private salons and into the broad sense of a city or society.

That’s a relatively new trend in the art world.

Los Angeles is a relatively new arrival to the ranks of leading centers of the art market.

Both of those circumstances dovetail with a bit of counter-intuitive thinking Porter offered up on his recent visit to Los Angeles, where the most prominent art collectors and donors tend to be relatively new to the ranks of the wealthiest.

“I think it’s an analytic mistake to think in terms of old money and new money when it comes to the arts,” Porter said. “The fact is that most big money is new money. There is a conventional wisdom that most collectors are old money but, in fact, every generation in America creates enormous new fortunes and many of them end up being devoted to either hard science or culture in some way – visual arts, performing arts, universities and education. That’s the American pattern.”