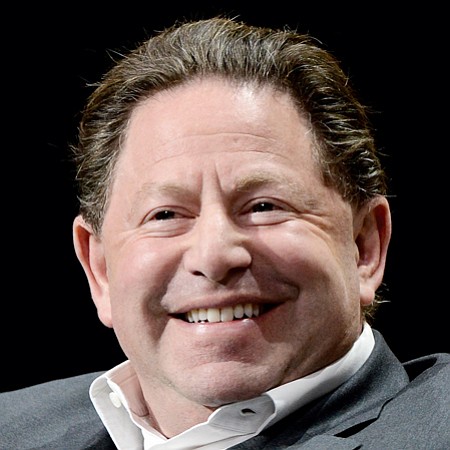 Kotick is chief executive of Santa Monica-based Activision Blizzard Inc., which saw record-setting revenue of $7 billion in 2017 and a hefty gain in share price thanks to a library of games that includes the Call of Duty franchise, World of Warcraft, Overwatch and Diablo. The company launched the Overwatch League, a competitive league with 12 franchises playing its mega-popular shooter game, in January. Filings indicate Kotick has close to 20 million shares in Activision stock through personal holdings and investment vehicle ASAC II.

Kotick has held the CEO’s post since 1991 – the longest serving leader of a public technology company. He founded the Call of Duty Endowment, which helps veterans with career-related opportunities. He owns a seven-bedroom, 8,300-square-foot home in Beverly Hills, and is involved in a real-estate spat with his stepmother in New York City. He serves on the boards of Coca-Cola Co. and the Los Angeles County Museum of Art.