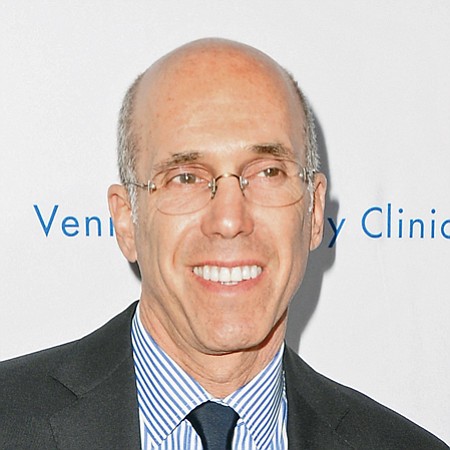 The veteran media executive is a co-founder of DreamWorks SKG alongside David Geffen and Steven Spielberg. Major sources of his fortune include the $3.8 billion sale of DreamWorks Animation to Comcast in 2016.

Katzenberg’s latest venture is NewTV, short-form premium video customized for mobile consumption. NewTV falls under the umbrella of WndrCo., the digital media holding company Katzenberg launched last year backed by $600 million from a dozen private investors. Recent reports indicate Katzenberg is seeking $1 billion to fund NewTV and has raised about half of that so far. WndrCo. has taken stakes in online political news network TYT Network, digital media startup Whistle Sports and news startup Axios. The longtime Democratic fundraiser co-founded DreamWorks in 1994 and sold it to Paramount in 2004 for $1.6 billion. Katzenberg also served as chairman of Walt Disney Studios from 1984 to 1994.