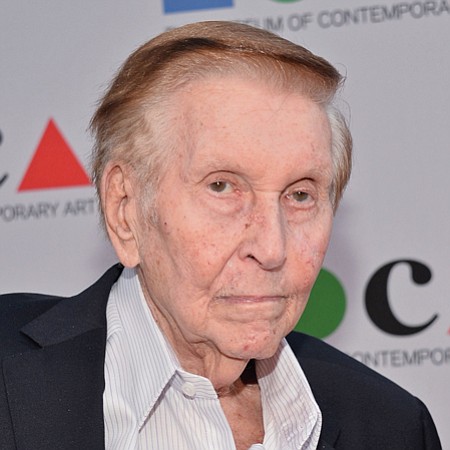 As of press time, Redstone’s family company, the Massachusetts-based National Amusements, was seeking to merge its Viacom and CBS Corp. units. Redstone’s fortune derives from his shares in the two companies, and while he has been removed from their respective chairman posts, Redstone still has controlling shares in both outfits. Sumner’s overall wealth took a hit in any case with Viacom’s stock value in decline.

Redstone is ailing, and his daughter, Shari Redstone, has become the public face of National Amusements in what has become a legal showdown with CBS Corp. She has criticized CBS for what she sees as lowball offers for Viacom. CBS executives sued in early May, claiming that, per the company’s corporate charter, CBS can dilute Redstone’s voting power by making every shareholder a voter. Sumner Redstone split up CBS and Viacom in 2006, but National Amusements, under Shari Redstone’s guidance, has periodically attempted to reunite the media empires.