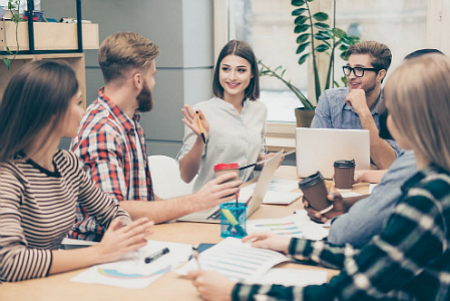 Ensuring that MBA programs are taught in ways that maximize engagement with students and do not conform to typical teaching models is the biggest challenge facing senior business school decision makers, according to a global study by the Association of MBAs (AMBA) and the Education Center of Excellence at Parthenon-EY, a global strategy consultancy.

Among the range of potential challenges listed in the Global Business School Leaders’ Survey, ‘being innovative or creative in MBA delivery’ was ranked the most significant challenge by Business School leaders. Survey respondents cited this as a more significant challenge than other issues including: ‘recruiting sufficient numbers of students,’ ‘careers support,’ and ‘retaining high quality staff.’

The Global Business School Leaders’ Survey sought to identify key trends, challenges and regional perspectives on the future of post-graduate business education from leading Business School’s staff from across the world.

Opinions were collected via an online quantitative survey and a series of in-depth qualitative interviews. More than 170 Business School staff participated in the survey and 10 gave personal insights into the challenges, trends and regional issues affecting the MBA industry, through extended interviews.

The findings revealed that the second biggest challenge, cited by Business School leaders worldwide, was recruiting a sufficient number of students. This was particularly prevalent in responses taken from Business Schools in the Americas.

The survey also sought to identify where Business Schools are focusing their recruitment efforts and what specific attributes they desired most from applicants.

It found that approximately every $3 in $10 spent on marketing MBA programs to prospective students was spent on social media advertising. Interviews suggested that this was due to social media being the most targeted and effective in terms of return on investment. In contrast, more ‘traditional’ methods of student recruitment (such as MBA fairs) accounted for a substantially lower proportion of participating Business Schools’ marketing budgets.

When Business School staff were asked which attributes they desired the most in candidates when recruiting MBA students,prior experience in business or leadership positions was ranked the most desirable attribute. In contrast, forms of standardized testing - be that academic or Business School specific examinations - were ranked among the least desirable when making offers to prospective MBA students.

Looking forward to the future of MBA study, almost 70% of respondents indicated that specialist MBA programs were a growing trend, despite this, less than a third offered an industry-specific MBA program at the time of completing the survey.

In analyzing the findings, Parthenon-EY identified four major themes across the study; innovation and competition; internationalization; relevance and employability and digitalization.

These have a major impact on the student lifecycle whether that recruiting students, delivering their course and supporting students to find roles upon graduation.

Danish Faruqui, Managing Director in Parthenon-EY’s Education Center of Excellence, said, “The focus on innovation and creativity in MBA delivery is one of the most compelling findings of the study and indicates that business school leaders are keen to differentiate their offerings in an increasingly crowded market.”

• The need to be innovative and creative in MBA delivery was the biggest challenge cited by senior business school staff worldwide. The interviews suggest this is linked to the necessity to adapt to a changing culture among students, as well as the need to adopt and update supporting digital technology that is used to deliver MBA courses.

• The second biggest challenge cited among senior business school staff was recruiting sufficient numbers of students for programs. This was notable in responses provided by participants from the Americas.

• In interviews, MBAs were described as ‘flagship’ programs. Ranked or highly regarded MBA programs were viewed as indicative of the quality of a business school and these MBAs supported the recruitment of both executive education and specialist MSc students.