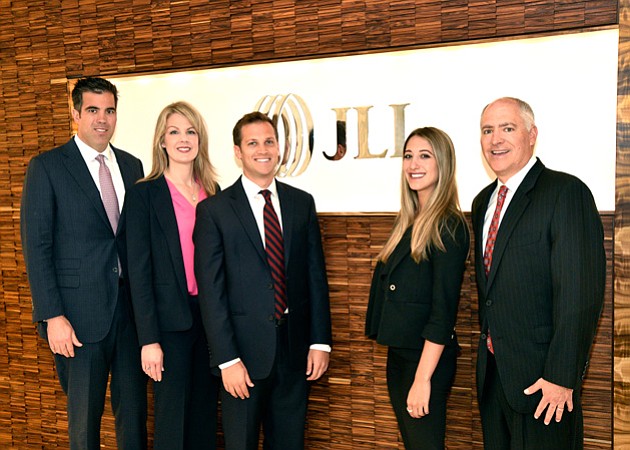 It’s boom time for private equity firms looking for real estate deals in Los Angeles County, which beat out Manhattan to lead the nation in institutional capital invested last year, according to a CBRE Group Inc. study, based on data from Real Capital Analytics Inc., a New York-based data and analytics firm for commercial real estate.

Private equity accounted for 66.4 percent of all commercial real deals in L.A. County in 2017, more than double its share the year prior, for a total value of $6.2 billion.

Private equity funds typically take on riskier investments that other financial institutions are reluctant to touch.

“We’re at the end of this (business) cycle, but the volume is still very high,” said George Entis, senior research analyst of capital markets at CBRE Group Inc. “There are fewer quality opportunities left (in local commercial real estate).”

Bryan Lewitt, the team’s leader, was hired as a managing director at JLL. Chris Isola was hired as an executive vice president while Evan Lewitt and Kellie Hill were brought on board as senior associates. Julia Dardick was hired as a client services specialist.

The quintet of brokers had worked at CBRE’s offices in Los Angeles.

Lewitt has completed transactions valued at more than $1.5 billion, according to JLL. He currently is a member of California Hospital’s Medical Centers Foundation board of governors.

A state assembly bill that aims to make new buildings emissions free in terms of greenhouse gases by 2030 is running into opposition from some developers and homeless advocates.

AB 3232, sponsored by Assemblymember Laura Friedman, a Democrat based in Glendale, would require the California Energy Commission to come up with a plan to further the goal of emissions-free buildings.

The California Building Industry Association, a Sacramento-based trade organization that advocates for real estate developers, has criticized the bill, saying it could drive up energy costs up to $877 per household per year, or up to $6.1 billion across the state.

The group cited a study by Navigant, a Chicago-based consulting firm, which said changing natural gas appliances for all-electric alternatives – one way to cut emissions from buildings – would cost the average Southern California household more than $7,200 to purchase new equipment, upgrade wiring and electrical panels.

The bill also has drawn opposition from homeless advocates such as Richard Xavier Corral, interim executive director for the San Gabriel Valley Consortium on Homelessness, who said in a statement that an increase in energy costs “is a barrier to permanent housing solutions, which is an issue we can no longer afford to ignore.”