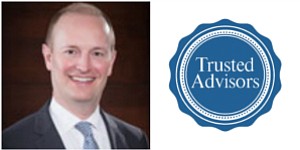 MICHAEL DIERBERG, CHAIRMAN OF THE BOARD

For those of us who live and work in cities, the world around us is the ‘here and now.’ Everything is new. We work in office buildings that are probably younger than most of the people working in them. The tools we use to do our jobs didn’t exist 10 – 20 years ago. We use things and then discard them. Given our surroundings, it’s not surprising that often our perspective is narrowly focused on what is directly in front of us, or the here and now.

Contrast that with the perspective of a farmer. The farmer may live in the same home that his or her grandparents or great-grandparents built. Likewise, the fields and barns have been passed down and tended to by generations before. At night, the farmer has a clear view of the sky as a reminder of a broader picture beyond that day’s activities.

All of this leads to several traits that are common among the farming community: appreciation and respect for the contribution of others who came before; a feeling of responsibility; a longterm perspective; a desire to leave things better off than when you started; and a broader purpose than immediate financial gain. These traits fall under the umbrella of a single concept common in the farming community – stewardship.

ATTRIBUTES OF A GOOD STEWARD

• Humility. The perspective of a good steward is also founded on humility. Humility comes from doing whatever it takes to get the job done, no matter how unglamorous the task. It also comes from seeing yourself as a small, but important, part of a much bigger picture.

• Responsibility. Owners generally owe no duty to the thing they own – they can use it and discard it as they see fit. Good stewards, on the other hand, feel a deep sense of responsibility to dutifully tend to the resources given to them.

• Helping the Enterprise Thrive. Stewardship doesn’t mean squirrelling away resources to maintain the status quo. Just as farmers strive to leave their farms and communities in a better place, good stewards of businesses also want to help all around them thrive. Stewardship is what my father passed on to my siblings and I as fourth generation owners of a family business. His perspective as a steward is what gave him deep appreciation for the contribution of generations prior to him, and a feeling of responsibility to the company and to the family to help them thrive long into the future. This is also what allowed him to grow what was then a small bank in rural Missouri to a large organization spanning several states. While we now have offices in places like Beverly Hills and Newport Beach, our farming roots and striving to be good stewards, are never far from our hearts.

Continuing its fourth generation of family ownership, Michael Dierberg serves as Chairman of the Board at FB Corporation, the holding company of First Bank. Succeeding his father, Michael embodies the core values of First Bank.