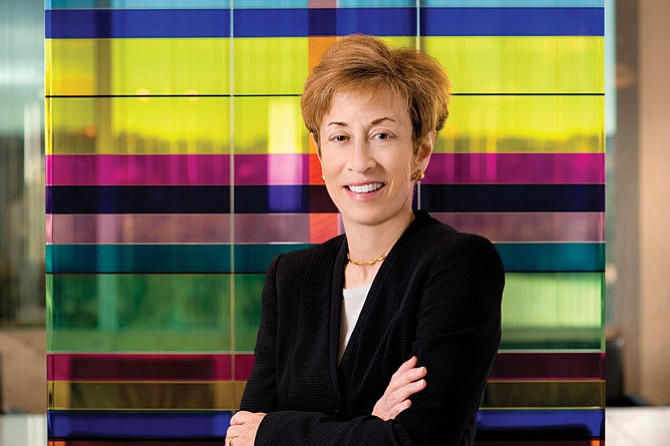 Patricia Glaser has never shied away from a fight or backed down from her core beliefs in zealous advocacy and due process.

Her toughness and aggressiveness on behalf of her clients has served Glaser well for her 45 years as a licensed California lawyer. It’s also been a cornerstone of Century City-based Glaser Weil Fink Howard Avchen & Shapiro as it has grown into a go-to law firm for businesses and business people in trouble – or who want to avoid trouble altogether.

Glaser’s personal attributes and professional dedication were key reasons she was honored as Business Leader of the Year for 2018 in the Services category during the Business Journal’s March 21 Business Hall of Fame Awards luncheon at the Millennium Biltmore hotel.

Glaser’s reputation and record has provided a steady stream of work for her firm, and it’s grown wider with the #MeToo movement.

The public reckoning of sorts has prompted myriad accusers to speak out against sexual misconduct by naming their alleged perpetrators on social media and in the press. Glaser’s firm has its share of clients who have been touched by it, including the individual case that set the movement off.

The firm represents movie producer Harvey Weinstein, who is waging a legal battle against his former business, Weinstein Co. The company fired him three days after the New York Times ran a bombshell story detailing accusations of decades of sexual harassment allegations against him.

But Weinstein Co.’s response – or lack thereof – to requests for internal emails, text messages and other forms of communication stemming from the business dispute has been “aggravating,” said Glaser, who represents Harvey Weinstein on business matters only.

“They’ve thrown every roadblock in our way known to man – or woman,” she said.

Some sexual misconduct victims have been “terribly wronged,” Glaser told the Business Journal, but the accused are nonetheless “entitled to an investigation and or a trial.”

Glaser is chair of her firm’s litigation department, a role that means she’s been involved in countless legal maelstroms that have hit Southern California in recent years.

Her list of past clients include Indiana Pacers owner Herb Simon and his wife, Bui, for whom she won several trials in wage-and-hour lawsuits filed against them by former employees.

What often doesn’t get much attention is all the other work Glaser Weil does. The law firm’s practice areas include intellectual property, environmental and energy, mergers and acquisitions, tax, government and regulatory and estate planning.

“We have an embarrassment of riches,” Glaser said.

She’s traveled a long road to reach them.

Glaser is a native of Charleston, W.Va., and a graduate of Washington, D.C.’s American University. She received her law degree from Rutgers, The State University of New Jersey, Law School.

Glaser first rose to public attention via the $8.1 million breach-of-contract judgment she helped Main Line Pictures Inc. win against actor Kim Basinger, who had backed out of the film “Boxing Helena.”

Basinger then filed for Chapter 11 bankruptcy protection, an appellate court later voided the judgment and the parties ultimately settled the case.

Glaser took over her firm during a time of turmoil.

Terry Christensen, the firm’s managing partner when it was known in shorthand as Christensen Glaser, was convicted of conspiring with Hollywood private investigator Anthony Pellicano to wiretap the ex-wife of billionaire Kirk Kerkorian. Glaser represented Christensen, who currently is serving a three-year sentence at a federal prison in Oregon, during his criminal trial.

The firm plans to build on its status as “a significant player” in the Los Angeles County legal market by continuing to develop its diversified legal practice, Glaser said.

“We have some real stars in those (practice) groups,” she said. “They’re unsung heroes.”