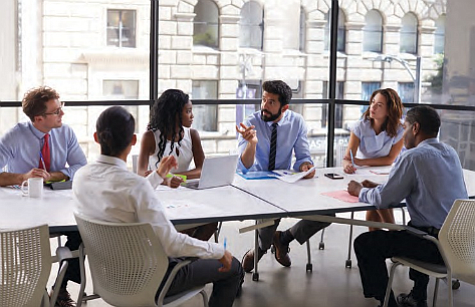 The Executive MBA Council (EMBAC) recently announced the results of the 2017 EMBAC Membership Program Survey, which revealed more students are applying for Executive MBA (EMBA) programs to augment their skills as the workforce continues to globalize and new technologies emerge. Students tend to seek out EMBA programs for career development and the hope of gaining new perspectives to look at business issues through a strategic lens while solving problems in an efficient and forward-thinking way. Demand for established EMBA programs remains strong, and in fact the average class size in 2017 was up, with the increase being driven by larger programs which tend to be outside of North America.

“An Executive MBA is an investment in one’s future,” said Michael Desiderio, executive director of EMBAC. “With an increase in demand for future leaders, these programs are a catalyst for students to explore new professions, new industries and even new countries. Global opportunities are available, and those who’ve completed an Executive MBA program are positioning themselves as invaluable players in the market. As a result, the need for these programs is only increasing.”

As globalization evolves, diversity within EMBA programs continues to increase as well. The 2017 results show the percentage of enrolled female students reached its highest point ever at 30.1 percent. This six year upward trend shows the desire for women to continue pushing the glass ceiling higher.

• Electronic delivery of course materials remains the most commonly implemented technology change for the fourth year in a row. Other fast-growing methods include video delivery of coursework/lectures and business simulation usage.

• The percentage of programs offering scholarships and the average number of scholarships per program have risen since 2013.

Global opportunities are available, and those who’ve completed an Executive MBA program are positioning themselves as invaluable players in the market. As a result, the need for these programs is only increasing.

“At about age 29 or 30, people start transitioning to managers, without all the necessary tools, so even with students self-funding, it makes sense that EMBA demand remains strong,” said Desiderio.

The EMBA Council currently includes more than 200 colleges and universities that administer 300 plus programs in more than 30 countries worldwide. Each year the EMBAC conducts a Membership Program Survey using the current methodology annually since 2003. In 2017, the survey was conducted by Percept Research, held from April 5 to July 9, and was completed by approximately 90 percent of the member programs.