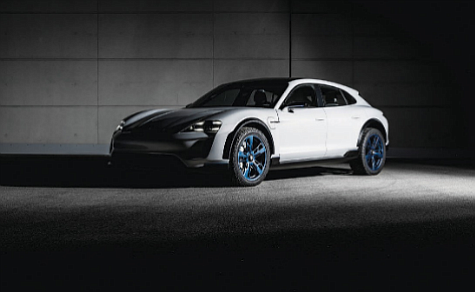 Porsche’s surprise unveiling of the Mission E Cross Turismo at the Geneva International Motor Show generated huge interest from the international media. Whether or not the study will go into production remains undecided. Here’s a brief overview.

In addition to the 911 GT3 RS, Porsche presented the concept study of an electrically powered Cross Utility Vehicle (CUV) at the Geneva International Motor Show. The four-door Mission E Cross Turismo is characterized by its emotional design language and striking off-road elements as well as the new display and operating concept with touch screen and gaze control.

Porsche chief designer Michael Mauer already revealed at the presentation in Geneva that he would like to turn the study into a series production model: “It goes without saying that I would like to see that happen with this vehicle: our team has put its heart and soul into the Cross Turismo over the last two years. Perhaps that means I’m not very objective. What is important now is for us to see how the public responds to the vehicle and then we can draw the right conclusions.”

An initial survey on Twitter shows that the majority of the public agrees with him. Of nearly 13,000 participants, 74 per cent voted for the Cross Turismo to go into production.